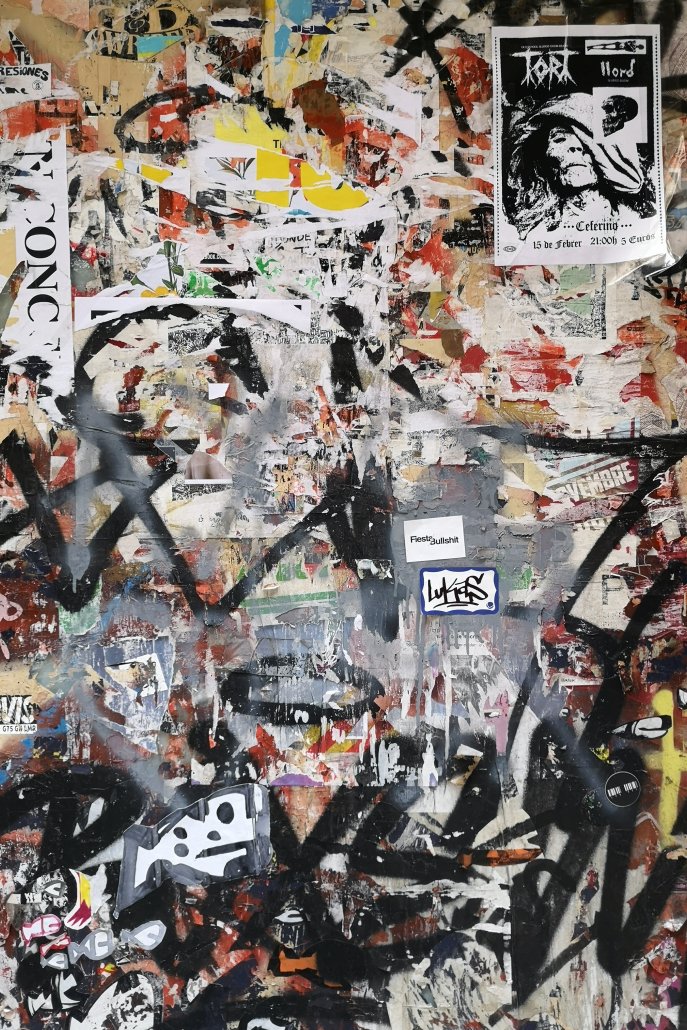 “Without God and the future life . . . everything is permitted, one can do anything.”

I am thinking out loud about living in a highly moralistic culture, especially morals related to society. What is striking about these times of high ideals and severe judgments is this: those who shout the loudest have any basis at all for their ideals.

Where does morality come from?

In previous posts I have noted that humans are universally possessed with a sense of moral obligation. That is beyond doubt. What is debated is the basis for the moral code and the cause of the sense of “ought” that shadows our days.

Logically, there are two options. Either there is an external and fixed source (God or natural law), or we are the source – whether by culture, consensus, or evolutionary development. The first is fixed; the second is ever changing.

Our modern secular world is a massive project to strip us of all transcendence, to explain everything naturalistically, and to prove we do not need God to flourish. For 300+ years, “scholars” have sought to morph Christianity into a natural religion. 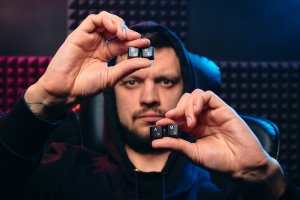 Strangely. the secularizing project can only be sustained by importing rationality, purpose, and a moral code from the Judeo-Christian tradition. Evolution is driven by “fitness” and a “purpose” of natural selection. Marxism selectively grasps the ideas of justice found only in Scripture but discards the God and the redemption he brings to bring them to fulfillment. More recently, anti-racism is grounded in human dignity and equality for which he has no basis.

How is this project coming along? In the name of atheism and in pursuit of a utopian society, human governments have killed more of their own citizens in the last 120 years than died in all the wars of the same time. There is one reason for that – pure naturalism cannot find any basis for purpose or moral ideals. The only philosopher who was honest enough to admit this was Nietzsche. His alternative was the will to power, which proposal stirred Hitler to act out the idea and Dostoevsky to show its vacuity by writing as he did. 1

If we are the standard and each of us makes up our own, then our moral authority is feelings, period. All we are left with is:

“I have a feeling that this is wrong and I want you to follow my feelings rather than yours.” 2

There are many sound reasons for holding to an objective, God revealed moral code. 3 It is an extremely plausible explanation for our human sense of right and wrong.

Here is what I believe is the case: The eternal, infinite, and personal God who is morally perfect in himself – who’s very being is the definition of all that is good and right – is the Creator of all that is. He has especially stamped humans with the profound capacity to live in a moral order in relation to him.

God bases every law on his comprehensive knowledge of all cases, perfect wisdom, and pure justice. It is given solely for our good. His laws are personal and principled. I accept the laws because I trust the lawgiver. It is a relationship.

Why I believe this to be plausible

What do I mean by plausible? I do not mean it proves anything, only that is is a reasonable explanation of the facts. Christian theism is plausible because:

1. It provides a comprehensive interpretation for the depth of what it means to be human. Our sense of worth, our desire for purpose and meaning, our moral sensibilities, our experience of love and hate, and our awareness of beauty emerge from being created by the infinite and personal God. 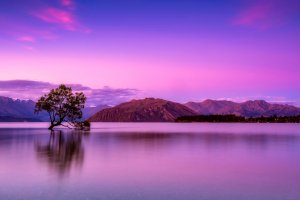 2. It offers an objective moral code, to which all are accountable. No power, position, status, or privilege exempts anyone from being evaluated by this code. It is above all ideologies, political power, and elitism. Truth is not the product of assertions of power. It judges assertions of power.

3. Therefore, it gives reason for courage, for protest, for defiance in the face of anyone or anything that asserts alternative moral codes. For this reason alone, totalitarian ideologies and governments have always sought to crush those who believe there is an authority higher than them.

4. I believe history, as much as it is marked by hypocrisy and evil done in the name of truth, will show that only those who believed in a fixed moral order and who lived under that order personally have been the lead fighters against all forms of injustice and prejudice. Martin Luther King Jr would be the best known case in point.

Why we find it unacceptable.

Modern humankind is not unique in its assertion of autonomy from God as the final authority. According to Psalm 2, we all exist to establish the kingdom of God without God. We refuse to see the plausibility of Christian theism. But why do we reject this? Why is there such wide acceptance of the idea that any rule that comes from God/religion must be oppressive and inhuman by its very nature?

All of this is clearly answered in the early chapters of the Bible. I cannot tell you how many times in forty years I used these chapters to bring insight into human motivation and behavior.

The Goodness of God. 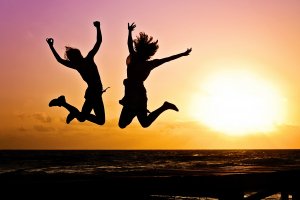 Briefly, the scene is set in the opening of Genesis. The eternal God is the Creator of all things. His creation is formed to be the home for humanity. That home is lavish with gifts to the first man and woman. As God places them in his paradise, he gives them full access to everything in it except one tree.

The Seed of Suspicion.

Into that paradise there came a suggestion. The suggestion was that God was not good. In fact, said the suggester, the real reason God was holding back the one tree was because it was the greatest treasure. “God knows that in the day you eat it . . .”

The tempter knew that disobedience to the command would not occur until there was active distrust of the God who gave it. So, he simply offers another interpretation – God is holding back, he is acting good when in fact he is stingy.

The tempter offers them access to the “good” which God is denying to them. That good is “to be as God, able to discern good and evil.” In short, they can be their own lawgivers. They no longer need live under the rules of a pretend-to-be-good God.

They decided God is not to be trusted. They ate the forbidden fruit. Distrust of the Lord of life and the fountain of all that is good brought death and corruption.

However, their assumption remains. They accuse God of wrong-doing. God is stingy and holds back the good from us. Their experience of death is not because they have rejected the good God but because God is a bully who will not let them get away with it.

The Suspicion Passed On.

What Scripture says is that they passed on their suspicion to all their descendants. We emerge into self consciousness believing that anyone who stops us from doing what we want is a hater, especially God.

God’s rules are oppressive. Some are pragmatic. They tip their hat to him, live like good children but not out of trust, but out of common sense. After all he is bigger than we are, and we cannot defeat him. Others live in open defiance. We bring ruin to others in the world. What we all agree on is that we are not to blame. All the suffering and evil in the world is the fault of a God who does not desire our good.

The Bible is anything but optimistic about the human condition when we sever ourselves from our Good and Great Creator. It asserts we live in a world and among a species who are not the way they were supposed to be.

God does not lecture us into changing our minds. He shows us we believe a lie. 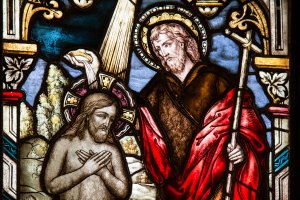 In Jesus of Nazareth, God took on human flesh and blood and showed us what he is like. And what he is like is a fountain of goodness, relieving any and every one of pain and disease, bringing truth and light to drive our error and darkness. He stood up for the powerless and welcomed the outcast into salvation. Then, he did the unthinkable. He died for the benefit of his enemies (all of us) and prayed for them to be forgiven while he died.

This is not mere assertion. These things took place in time-space history, complete with hundreds of witnesses.

What is remarkable is this: people hated him. The common people and the intellectuals. They found him unattractive and unconvincing. In the end they came to believe that his suffering was because he was a bad person. But now they borrow his ideas of forgiveness and love even as they deny his greatness as God the Son.

I have come to know the true God through Jesus the Savior. That “knowing” turned my inner and outer world upside down and inside out. It was CS Lewis who said it for me: I believe in Jesus the Lord and Redeemer not because I see him but because through him I see everything else.

Though I still find a suspicion-reaction within, there is a more than sufficient answer. How can I doubt the goodness of God when he gave his most priceless treasure to forgive me for insulting him and to make me his treasure? How can I question his laws under the guide of “modern people now know better.”

So how do God’s laws reveal his goodness?

The Beauty of Work and Rest
Scroll to top