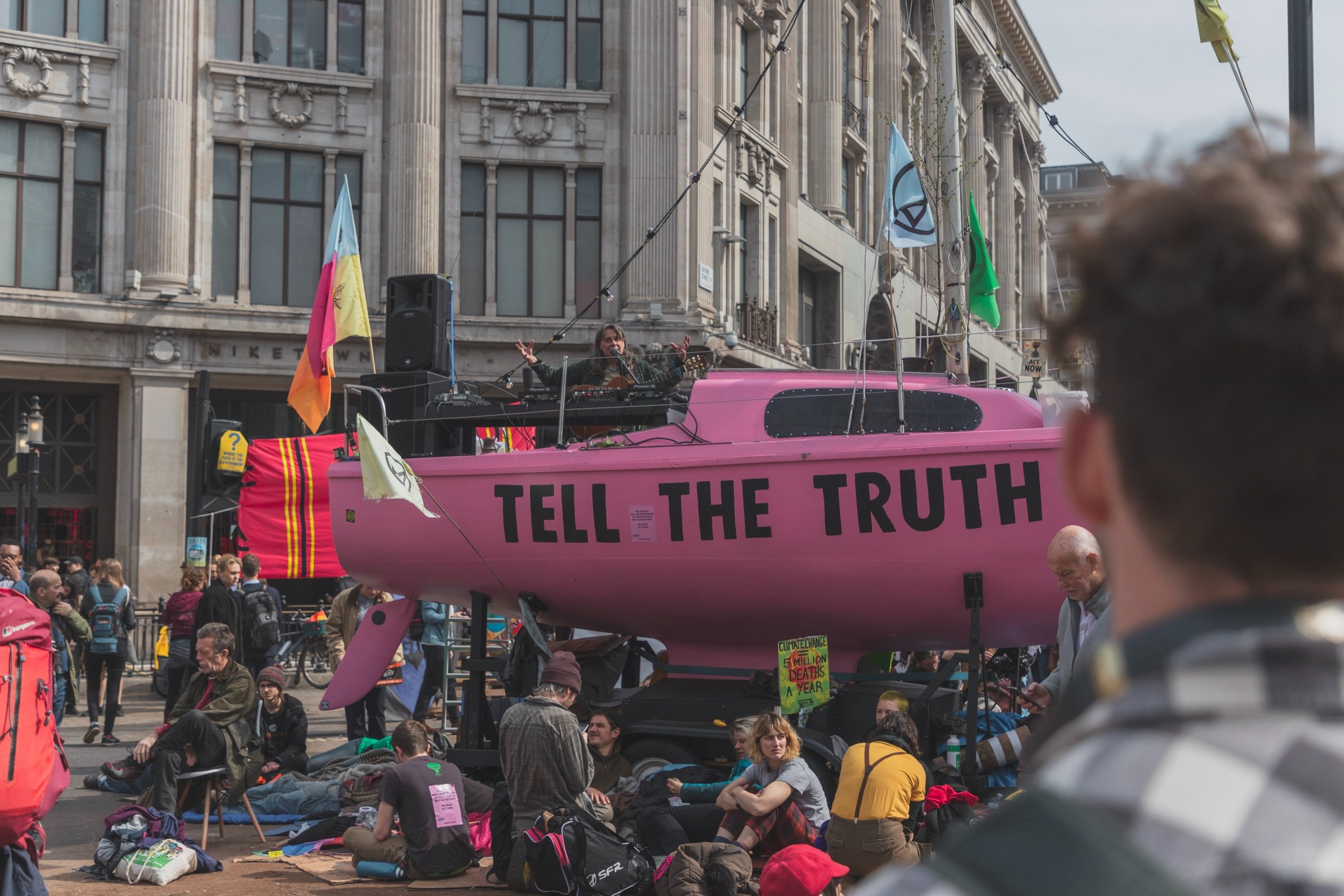 “because they exchanged the truth about God for a lie”

“So Jesus said to the Jews who had believed him, “If you abide in my word, you are truly my disciples, and you will know the truth, and the truth will set you free.””

“One word of truth shall outweigh the whole world”

Our friend had executed his scheme flawlessly. As with previous years, he sent us a Fruitcake for Christmas, a gift we had hinted was not our favorite. Apparently, he couldn’t take a hint. There it was, another fruitcake, from the same outfit in Texas, one more holiday gift from our friend to be placed in the freezer next to the previous years gifts, never to be touched. A thank you note, complete with flourishes about generosity and thoughtfulness, was penned and sent. And that was that.

Until he came for a visit.

About the third evening of his stay, surprisingly, he asked if we had received the fruitcake. To which we answered in the affirmative with additional words of appreciation. He erupted, with a smile, “Liar!” The he queried, “Where is it?” When we told him it was in the freezer, he leapt from his seat, made a beeline for the freezer, and opened it to discover our fruitcake collection. He quickly identified the one just sent (we did not know how he could, but soon understood). Pulling the sealing tape off the canister, sealing tape which was clearly scotch tape, he opened it to reveal 2 dozen chocolate chip cookies. He had made the substitution, sent it to us, all to test us. It was all in good humor.

Knowing my wife’s training in elaborate expressions of gratitude, he pulled off a practical joke we still remember. Of course, he knew that etiquette and truthfulness did not always go hand in hand.

Truth Foundational to the Joke

Reflecting on our present cultural moment, his joke would have no meaning. There is no “truth” that sets the stage for his humor. We could have replied, “Well, our truth is that we did open your present and enjoy the fruitcake.”

To be up to date in 2020, you have to believe that each of us defines our own truth: gender is not biological, guilt is not factual, news is not verifiable. Opinions and polls establish truth.

“All people know the same truth. Our lives consist of how we choose to distort it.” ― Woody Allen

For the last 4 years I have randomly selected articles from various media outlets, both conservative and liberal. After reading the piece I do a fact check. Very rarely have I found faithfulness to the facts. News is now propaganda. Truth is a tool for power. As they used to say back in the USSR (which had two newspapers, one called Truth and the other named News): there is not news in the truth and no truth in the news.

But no one wants to live in such a world. I appreciate all the demands and assertions and defenders of gender fluidity and cancel culture – but I doubt any one of them want the same standards to be applied in a way that affects them negatively. It is one thing to insist on one’s right to self-identify as whatever one wants, it is another for my father or mother or spouse to do the same and bring wreckage to my life. Cancel culture is great as long as I am not the one being canceled.

Modern man demands truth, except for when we want the freedom to determine our own truth. If one of us had a family member murdered, we would not find much comfort in a jury who concluded that the “murderer had his own truth and in that truth he is innocent.”

A Christian believes there is objective and unchanging reality. This begins with the existence and nature of God. It includes the origins of all that is. Human nature is a truth which cannot be gainsaid. Morals are fixed and unchanging. There are laws and order in the cosmos and human existence. We discover truth. We do not invent truth.

His laws are true and conform to the truth of the way he has made us. When he diagnoses our situation and corruption, it is perfectly accurate. He does not flatter or deceive. More than that, he desires to speak to us. His nature is not to play cat and mouse, but to reveal himself and truth to us.

God speaks the truth because he knows all and because his own character requires truthfulness.

There are not two kinds of truth: religious truth and empirical truth. All truth is God’s truth. Religious and moral truth is as solid as the truth of the laws of physics.

Truth insists we conform to it. If we do not, it will break us. You cannot construct truth. The church cannot modify what God has revealed. His truth is not ours to amend.

We are limited but still pursue truth

Without belief in truth, there is no hope for justice. When you take an oath as a witness in court, you promise to tell the truth, the whole truth, and nothing but the truth. You do not say “the whole truth as you conceive of it.”

To take an oath to tell the truth does not mean you must be omniscient. Truth-telling means testifying to what you heard and saw, even when you did not see or hear everything. Legal processes are designed to ferret out the truth, to prove beyond a reasonable doubt that the facts are clear and the verdict is necessary. But you can be found to have lied under oath. Perjury charges would follow if you did that.

Truth can be discovered with logic and reason. A Christian believes logic is part of discovering truth. Some truths are self-evident, but all truth must be coherent with logic. A and Not-A cannot both be true. 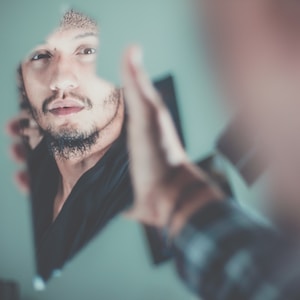 Photo by Fares Hamouche on Unsplash

We are also self-deceived

We hide truth from ourselves. This is self-deception. The alcoholic convinces themselves that this time they really will be able to change. We also make it difficult for others to discover the truth.

Truth threatens us. It indicts us. It insists in ruling us. We, in our sinfulness, wish to be autonomous. We wish to be able to make our own truth. That is why we twist the truth, even the most obvious truth. It is all to justify our own self-rule. Lies are always told for self-serving purposes.

Truth is our refuge

How important is truth? Imagine one week where everyone told the truth – politicians, business leaders, your children and parents and spouse and friends. People charged with crimes told the truth. How would that change the world?

Imagine a world where only the elite decide what is true. We are fast approaching this dystopia. If we lose a commitment to truth, we will be ruled by tyrants who create their own truth. Those tyrants will decide what we are to know and believe.

Truth is the foundation of freedom.

True freedom, the freedom that liberates, is grounded in truth and ordered to truth and, therefore, to virtue. A free person is enslaved neither to the sheer will of another nor to his own appetites and passions. . . . By contrast, a person given over to his appetites and passions, a person who scoffs at truth and chooses to live, whether openly or secretly, in defiance of the moral law is not free. He is simply a different kind of slave. — Robert P. George at Hillsdale College

There are people who lived under such tyranny and have borne witness to truth as their refuge. They lived under regimes of communist oppression. The leaders of the regimes believed they could make up their own truth. It was called propaganda. Propaganda appears to be truth but it is selective, manipulated, designed to hide more than to inform. People who lived under those totalitarian forms of government found refuge in the truth. They died for the truth.

A Christian mind believes in truth

The God who is truth took on flesh and blood and became visible truth. He did this because of the truth of our crookedness, and the truth that there is an invisible power of lies that rules the world. Our lies and self deceptions were borne by him unto death. Through him, the truth, we are set free.