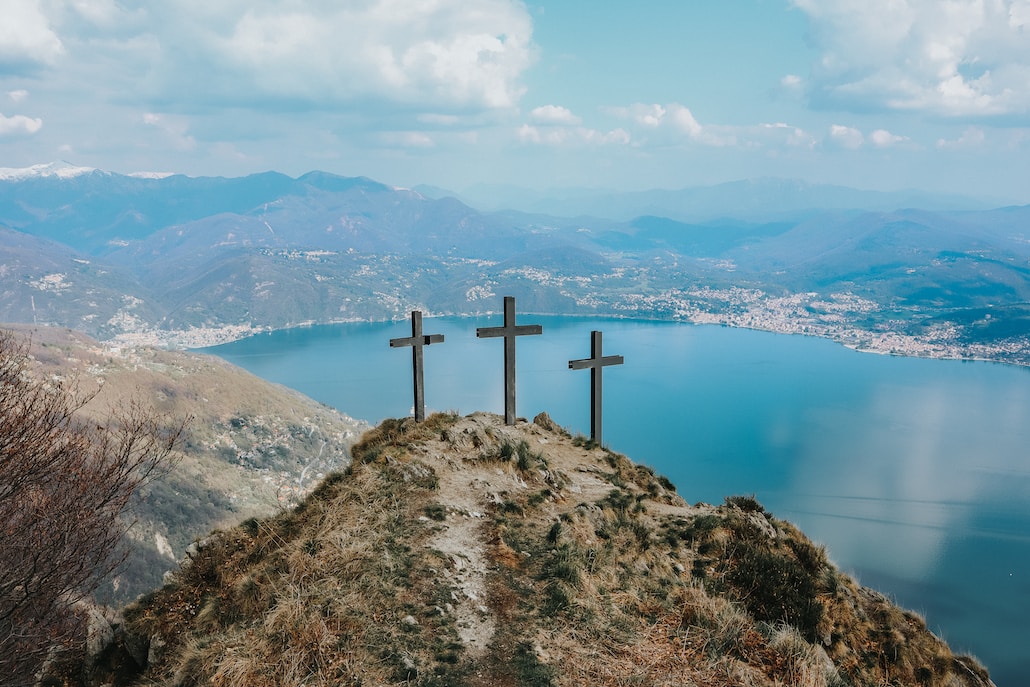 . . . while it seemed absurd to speak of a book understanding a man, this could be said of the Bible because its pages were animated by the presence of the living God and the power of his mighty acts. To this God I prayed that night, and the God who answered was the same God of whom it was spoken in the book. (Eternity magazine, July 1974).

And when Jesus finished these sayings, the crowds were astonished at his teaching, for he was teaching them as one who had authority, and not as their scribes.”

We hope for leaders of such competence and character to be able to pull off our envisioned ideal society. While all of history disappoints, such qualities are exactly what we discover in Jesus.

Four writers, either eyewitnesses to his life or with full access to their accounts, wrote of the person and work of Jesus of Nazareth. 1 Their intent was to describe both his character and competence as well as his purpose and accomplishments. Think of these accounts as his resumé. At the top of the page is what he offers you. Beneath are his credentials.

He came to establish the kingdom of God. But can he pull it off? In the next few posts we will consider his words, his moral character, and his actions which speak of his ability. What we will find is perfect coherence and consistency between them.

His words: Jesus was more than a teacher

Mahatma Gandhi asserted that the Sermon on the Mount was his inspiration. For him, it did not matter who had spoken it. Many people join him in severing what Jesus said from who he was and is. It is thought that we can remove his moral instruction from the hard dogma that tells the truth about his person. 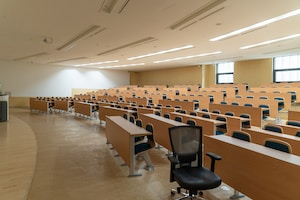 Photo by Changbok Ko on Unsplash

This cannot be done. Even more, it is utterly dishonest to do so.

Even if someone like Gandhi affirmed Jesus as the source of those words, he and those like him are insisting that Jesus was motivated to call us to try harder and to do better. He was always giving halftime talks for moral victory.

Nothing could be further from the truth. You cannot excise the God-ward motivation and accountability Jesus calls for.

His words were always about the presence of God

Jesus words pressed upon his hearers a great weight — the burden of an accountable life. By accountable he meant to God, to the infinite, eternal, perfectly holy God, who knows and will judge us according to the thoughts and the intents of the heart.

1.) to clarify the standards of pleasing an all-seeing and infinitely pure and good God.

2.) not to inspire us to try, but to drive us to poverty of spirit.

Let’s break this down into details.

Modern persons affirm much of what Jesus said and reject others. Others try to twist his meaning.

Let it be known that Jesus taught a high sexual ethic. He condemned sexual fantasy. And he insisted that the only sexual activity acceptable to God took place in a lifetime heterosexual monogamous covenant of marriage.

Yes, we note, he taught us to forgive. But what he said was we are damned if we refuse to forgive anyone who does wrong to us.

Yes, he taught us to love our neighbor as ourself. But he also called bitterness and anger murder, and insisted that insults were worthy of hell. He forbade retaliation and said that God required us to love our enemies.

He spoke against judging others. But he insisted that whatever standards we use to judge others will be used by God to evaluate our lives. No exceptions. No double-standards. 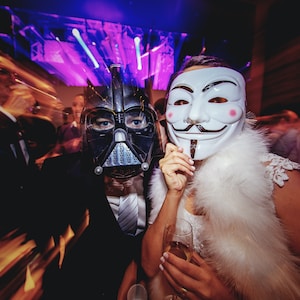 Photo by Jonathan Borba on Unsplash

Finally, our words are to be our absolute bond. Truth, integrity, promise-keeping are to mark us. Speaking of words, Jesus said that God would judge us for every idle word we speak. That includes Facebook, and Twitter and Tiktok.

Wouldn’t you want to live with people like that?

I have offered a very small selection. Do you notice the precision of his words? And what about the comprehensive demands? We like to trim off the parts of his teaching we do not like. These seems excessive.

As I look at these and other examples of his moral instruction, I think of how wonderful it would be if we lived in a world where these were the qualities of everyone’s life! Imagine, everyone told the truth, kept their promises, were never unfaithful to their spouse. There would be no injustice, not abortion, no lawsuits.

However, if you take all his teaching, there is nothing inspirational about it. You may try to live by this, but no one even comes close. He did not assert these truths to motivate us to try harder. What he asserted was the immutable character of a moral life that would please God. The standard was absolute. God does not grade on a curve.

In our day it is cool to decry injustice. Especially about how other people are unjust or racist. But we cherry pick Jesus instructions. Clearly he spoke against the the hypocrisy of the religious and priveleged. Yes, he pronounced a woe on the rich. But I have not heard too many people notes these words:

He said also to the man who had invited him, “When you give a dinner or a banquet, do not invite your friends or your brothers or your relatives or rich neighbors, lest they also invite you in return and you be repaid. But when you give a feast, invite the poor, the crippled, the lame, the blind, and you will be blessed, because they cannot repay you. For you will be repaid at the resurrection of the just. (Luke 14:12-14)


Jesus was not concerned with what “those people” do, but what “this person” (me) does. A life of love and justice affects who we invite over to hang out. As I noted before, living in a world where everyone did these things would be delightful.

Leadership qualities no one has or wants

Jesus spoke of leadership too. In Jesus kingdom, the greatest are the ones at the bottom who serve the most people. 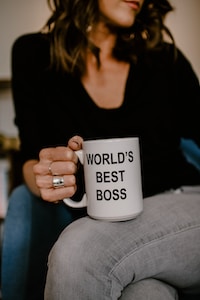 Photo by Kelly Sikkema on Unsplash

Influence comes not from power but from humility and sacrifice. Leadership must always be by example and hypocrites are denounced.

For they preach, but do not practice. They tie up heavy burdens, hard to bear, and lay them on people’s shoulders, but they themselves are not willing to move them with their finger. (Matthew 23:3-4)

Does his description sound like any leaders you know? Does it describe the kind of leaders you want?

How important was a righteous life, pleasing God, in the teaching of Jesus? There was no greater priority. Consider these words:

Granted this is hyperbole, but still, this is intense. In other words, a life pleasing to God was more to be valued than any pleasure, preference, imagination. There are eternal consequences for making a self-pleasing life our highest aim.

What about his teaching on politics?

He said, very simply, that his kingdom was not of this world. In his teaching, loyalty to political actors and governments was of real but peripheral significance. What mattered was how we honored God. He stood down the man who had the power to sentence him to death by reminding him that the only reason he had that power was that the true King had given it to him.2

A life pleasing to God 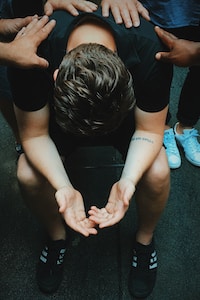 Photo by Jon Tyson on Unsplash

If I were to summarize the subtext of all that Jesus said and taught it would be this:

your life, in every detail, is lived in the face of the God who is your maker and judge.

He sees every action and hears every word. He knows every motive. There is no greater burden than to recognize this and live to please him. To gain the whole world is nothing if you lose your soul.

For what will it profit a man if he gains the whole world and forfeits his soul? Or what shall a man give in return for his soul? (Matthew 16:26)

None of this is planned to be inspirational. It is devastating. If those are God’s standards, and he will hold me to account for how I live by them, and there is no grading on a curve — how is that inspirational? Jesus said that the only righteousness acceptable to him was a righteousness that exceeded the most righteous people of the day.

So why would Jesus call people to do what they could never do? And why would he live without any flaw or fault?

His moral teaching, in every detail, is a description of the character of those who are citizens of his kingdom. He gives it to tell us what kind of people he will form in the kingdom of God. And in doing so, he describes life in that kingdom.

In light of this, read the teachings of Jesus again. Can you imagine a neighborhood where every moral principle he espoused was fulfilled in every life? They capture our imagination. But then we always do the one thing that guarantees failure — we try to make ourselves like this.

Jesus is never telling us to fix ourselves. He was always driving us to see ourselves for what we really are so he could heal us of our crookedness before God.

The Gospels are not written to tell us how to live but to show us who to trust.

In other words, Jesus teaching were not a charter for human progress. They were the fruit of God’s work of redemption.

That is a quick summary of some of his words — what about his character?

The Real Jesus: His Character and Competence
Scroll to top