You are here: Home1 / Blog2 / Context3 / The Real Jesus: The Controlling Narrative 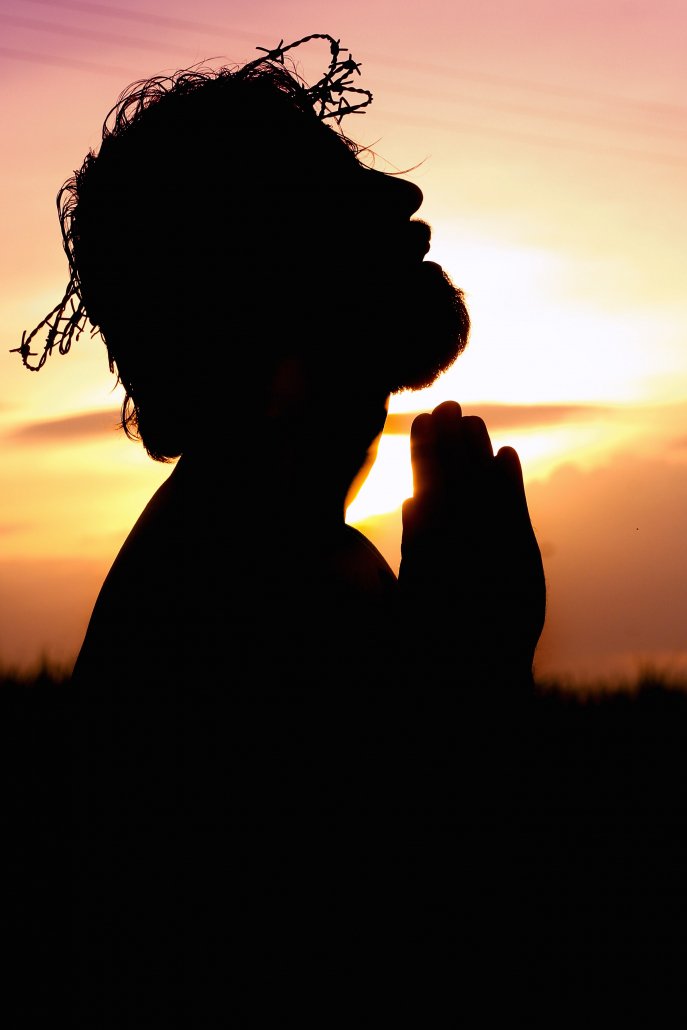 “The most powerful words in English are, “Tell me a story.”

“You search the Scriptures because you think that in them you have eternal life; and it is they that bear witness about me,”

If I have learned anything through ministry in Easter Europe, it is this: Narratives determine the meaning of events and people.

Serbia and its history 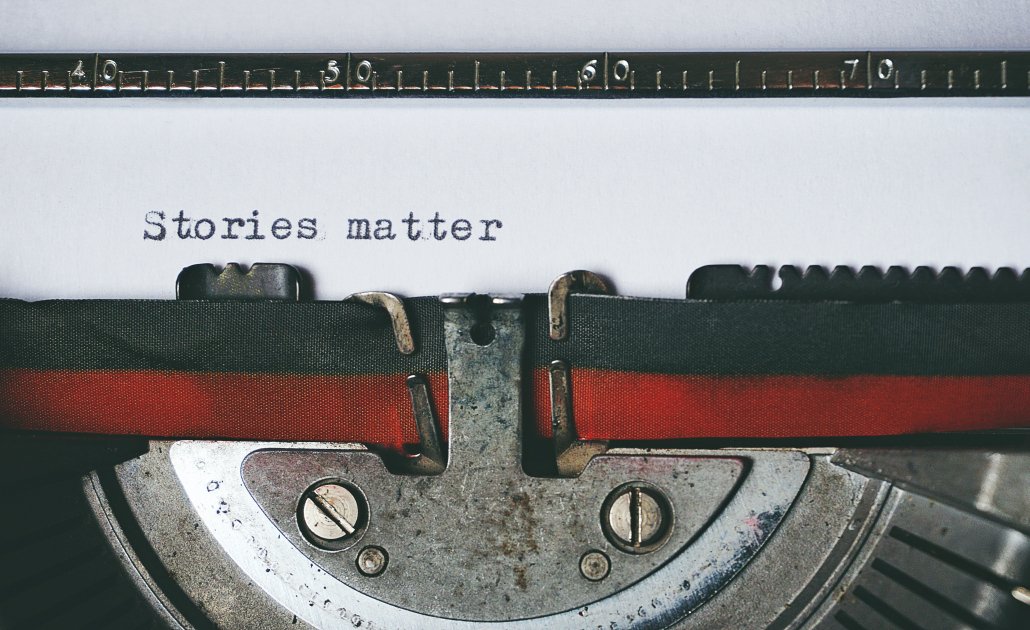 Quite to my surprise, Balkan people root their national identity in events that took place in the 14th century. At that time, the Serbian people sought to stop the Muslim armies from sweeping into Europe. They shed their blood in defeat, considering themselves as defenders of Christendom. That event and others since shape their self-understanding in the present.

As I have come to know some of the people in the Balkans, I have heard them speak critically of the bombings which were part of the wars of the Balkans of the 1990’s. One of them was very clear. He complained, “The problem with NATO was this: they read only the 20th chapter of the book and thought they knew the whole story.” In other words, we did not have the right narrative.

After 5 years of travels there, I think he was correct.

Narratives control interpretation. Of course, Americans also inhabit our national memories. The events surrounding our founding shape our identity, for good or for ill. There is a considerable amount of vitriol these days as we re-evaluate our founding and determine how it should shape our self-understanding. This is a fierce debate because the narrative has such power.

Jesus: the fulfillment of our narratives?

Just who was Jesus? Why did he come? What did he do? How did he have such a lasting influence?

You can only answer those by putting Jesus into the correct narrative.

Jesus refused to be co-opted

Listen to these words of his: 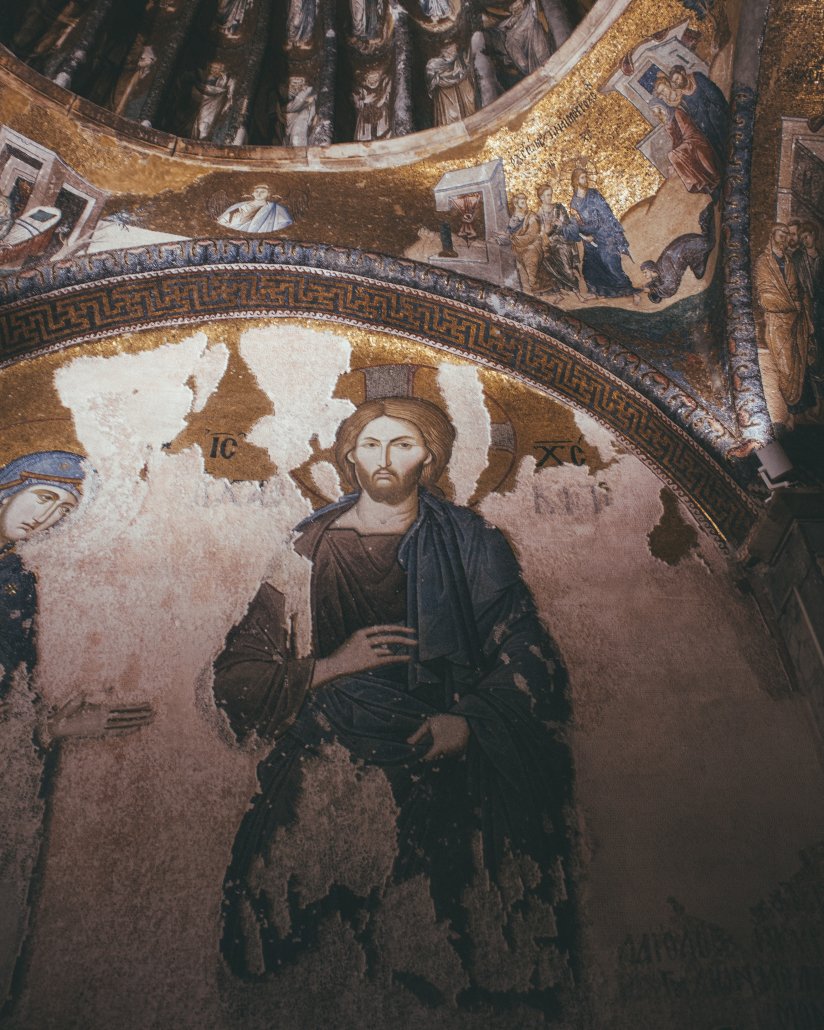 “But to what shall I compare this generation? It is like children sitting in the marketplaces and calling to their playmates, “‘We played the flute for you, and you did not dance; we sang a dirge, and you did not mourn.’ For John came neither eating nor drinking, and they say, ‘He has a demon.’  The Son of Man came eating and drinking, and they say, ‘Look at him! A glutton and a drunkard, a friend of tax collectors and sinners!’” (Matt 11:16–19 ESV)

In other words, they wanted to play the tune and make him submit to it. What mattered was not the tune but their control. He refused to yield to them even in small matters.

Even after his ascension, they tried to make him dance to their music

Decades later, some wanted to make Jesus the source of gnosis. Others saw him as the fulfillment of the Logos of the Stoics. Or they made him into the highest emanation from the unknowable God. To make him dance to their music and fit their agenda, philosophers and religious professionals put Jesus on the storyboard of their making, squeezed him into their agendas, and trimmed off the parts that could not fit.

Re-read that last sentence. To make Jesus fit our agendas we have to trim off the parts that do not fit. In other words, we have to “make believe.” The Jesus we wish he was does not exist.

And so it continues

The trend continues. People want Jesus to be the exemplar and teacher that brings us into social equality and female liberation and the end to racism and gender complementarity and any other favorite cause we pursue.

Both Republicans and Democrats want to cherry-pick his life and teaching for their purposes. Everyone wants Jesus on their side. He utterly refuses to be co-opted. Unfortunately that has not been the case with his people.

He fits only one agenda and narrative 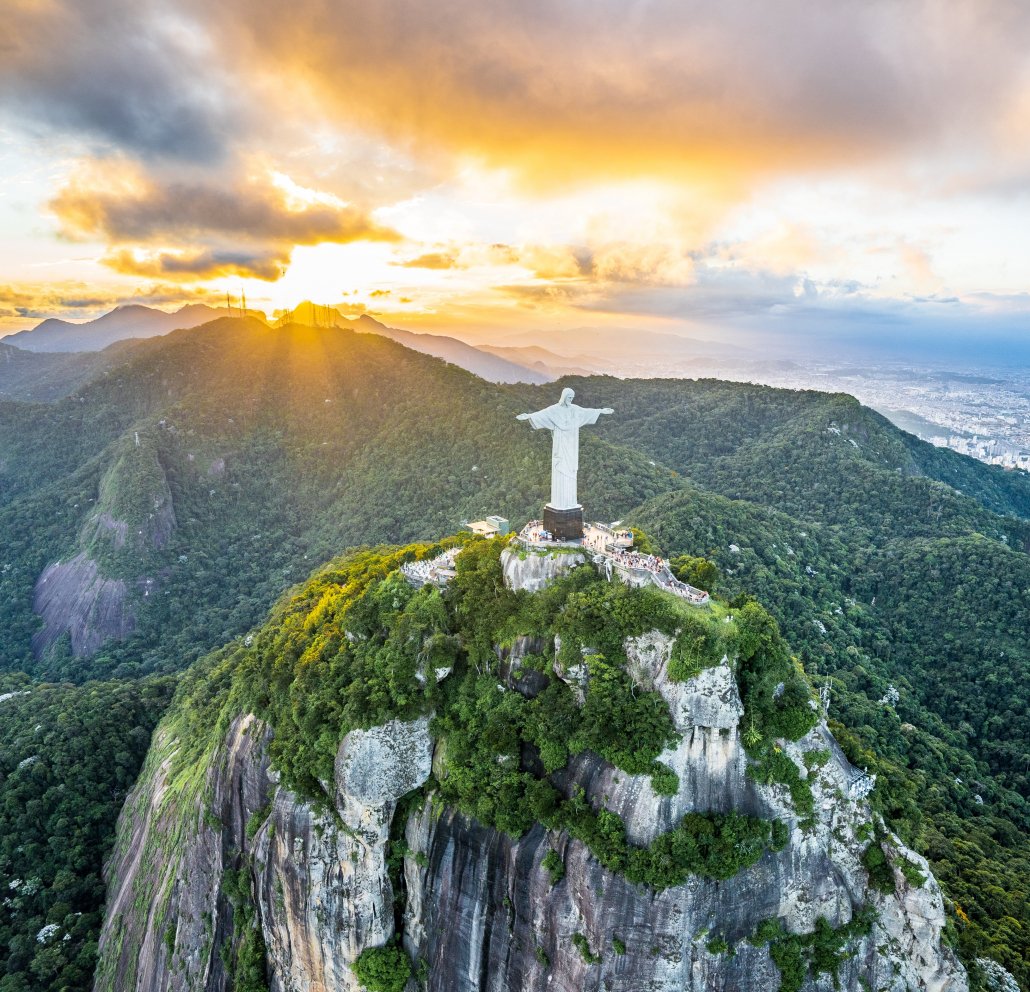 What is surprising is this: Matthew, Mark, Luke and John tell us the only way to make sense of Jesus is to put his coming, life, death, and resurrection into the narrative that God began before creation, developed in the Old Testament prophets, and consummates at the end of the age. Let’s see how the Gospel writers placed Jesus into this grand story.

Interpreting Jesus: Story of the Prophets

Mark’s Gospel locates Jesus in the promises of the prophets. Centuries before the coming of the Messiah, God said he would act to renew the creation through a Messiah. That Messiah would bring blessing to the nations and the rule of God in the world. Justice would be done, evil put down, and righteousness reign with joy. In Isaiah (8th century BCE), God said he would send someone ahead of this King, a forerunner.Listen to Mark:

“The beginning of the gospel of Jesus Christ, the Son of God. As it is written in Isaiah the prophet, “Behold, I send my messenger before your face, who will prepare your way, the voice of one crying in the wilderness: ‘Prepare the way of the Lord, make his paths straight,’” John appeared, baptizing in the wilderness and proclaiming a baptism of repentance for the forgiveness of sins.” (Mark 1:1–4 ESV) 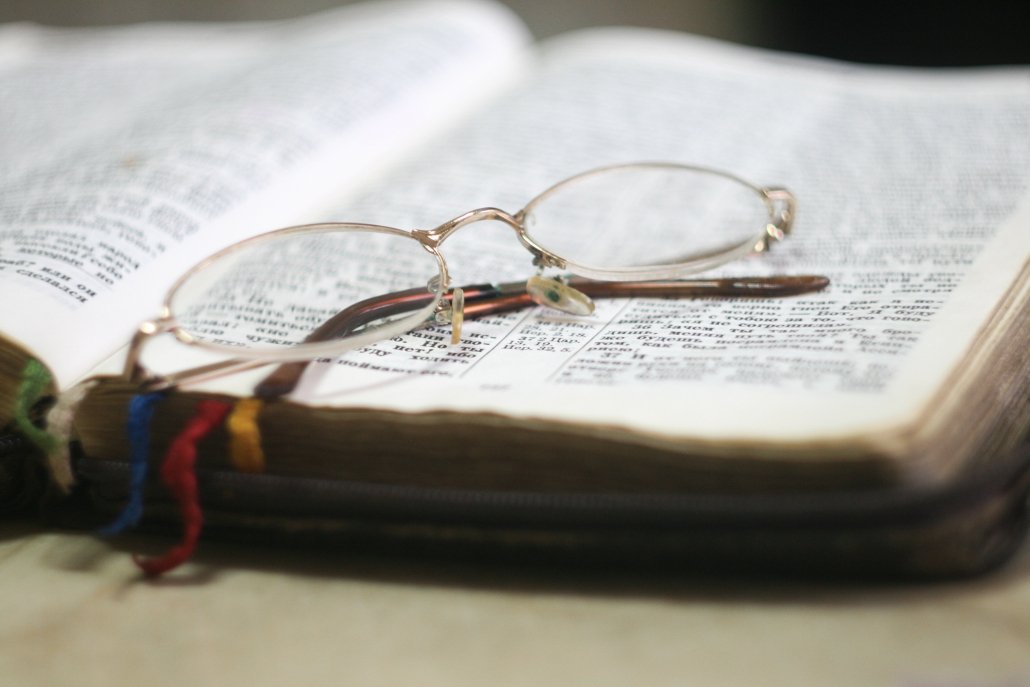 Mark locates Jesus in the redemptive purposes of God through the Messiah. He says you can understand who Jesus is when you interpret his coming as the promised King. And you know he is the one because God sent the forerunner, John the Baptist. If John is the promised one who prepares the way then the one whose way he prepares is the Messiah.

Interpreting Jesus: Story of the Parents

Matthew tells the meaning of Jesus with his opening words:

“The book of the genealogy of Jesus Christ, the son of David, the son of Abraham.” (Matt 1:1 ESV)

Both of these ideas are part of the purpose of God revealed to Israel, his people of the OT. Jesus fulfills these promises. Luke goes back further. He says traces Jesus lineage to the first parents: Adam and Eve.

In the OT, Adam is the head of the human race. That is sort of like a patriarch of a family, but his family is all of us. God gave to Adam and Eve the work of ruling on his behalf under the condition of living under his commands. They failed and brought ruin to us all.

Jesus is the new Adam, a man who lives as all men and women were made to live. Luke is saying Jesus embodies what humanity was created to be.

Interpreting Jesus: The Story of Pre-existence 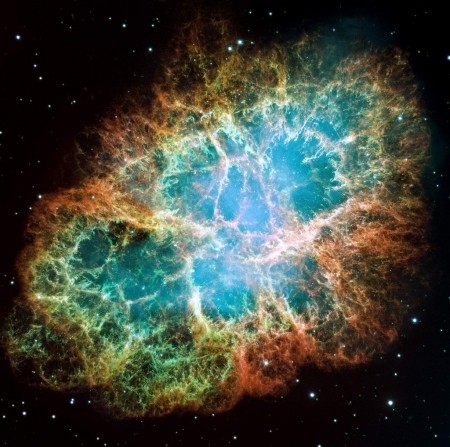 Building on the metaphor of the Logos, an idea rooted in both Greek and Hebrew thinking, he says of Jesus:

This WORD is God, in relationship with God, and has always been so. He is the Creator of all. The simplicity of the words, even simpler in Greek, under-girds what we now call the doctrine of the Trinity. But who is this WORD? John says:

“And the Word became flesh and dwelt among us, and we have seen his glory, glory as of the only Son from the Father, full of grace and truth.” (John 1:14 ESV)

The Word is Jesus, God the Son in-the-flesh. That is the Christmas story right there. John says when you see Jesus you see the glory of God, and especially the glory of his grace and truth. Grace and truth are a word pair from the Hebrew Scriptures. Together they mean “faithful grace” or “faithful love.”

At its core Christianity is 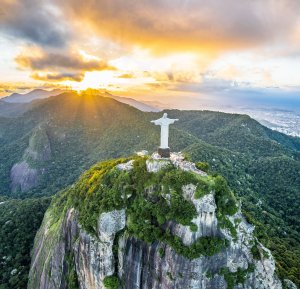 John declares that Jesus of Nazareth is the Eternal and True God, clothed in a real human body and blood. God has come to show us who he is and what he is like. To know Jesus is to know God. But why?

All of Jesus fits this narrative

What the Gospels assert is simple: if you want to know who Jesus is and what he accomplished, you can only find the answer in the purpose of God in redemption.

God began to reveal that purpose in the book of Genesis. All of it, every last part, finds its fulfillment in Jesus of Nazareth. You do not have to squeeze him into it. There is no need to trim away parts of him because they do not fit.

You and I must read Jesus in his narrative, not ours

What does this mean for you and me? We must submit our interpretation of Jesus to the narrative that he fulfills.

But why can’t I just read him the way I want to?

Remember my friend in the Balkans? He said the problem with NATO and the USA was that we reached conclusions about that region by reading only the last chapter of the story. That led to some very unfortunate conclusions. So it is with Jesus.

Just what is that narrative?

How do we do that? It sounds complicated.

It really isn’t. We must simply remember the grand story of God’s purpose and plan for creation.

Contrary to a story of impersonal origins from a big bang, it is the story of the infinite and personal God as Creator.

At the summit of creation is man and woman, with capacities to know God and each other. He assigns to them the role of reigning on behalf of their Creator in paradise.

The end is also distinct: the Creator steps into the mess we have made. God makes promises of redemption and freedom from sin through a Messiah.

All this is for the sake of a new creation. God is not going to put a new coat of paint on the world. He is going to remake it in justice and mercy.

Jesus was one of the most unoriginal teachers ever.

Everything he said or did fits the promises and purposes of God given through the prophets.

I don’t believe in that narrative, I am not a person of faith

My question to you is this: Is Jesus worth serious consideration? If so, and if you want to know who Jesus is and what he came to do, you have to understand him in that story. I think that if you see him as he really was and is, you will see the beauty of the Good News that he is.

What about my questions and my life?

When we begin with our questions, we make Jesus life and purpose boring. Worse than that we debase his glory. To think that God the Son became man to create a democracy, or to help us create a better society, is an insult to God. If that is all he intended to achieve, he could have written a letter.

No, absolutely no — Jesus must be seen in the right story. When we see him there, he is radiant, powerful, and transforming. He intersects our lives in a thousand ways. This is a spiral upward, growing more and more in our understanding of the narrative, and seeing more and more of its meaning for today.

Simply put: Jesus does not dance to our tune. He does not conform to any of our political, moral, philosophical, or sociological agendas. I will go so far as to say he has nothing in common with them. He is, root and branch, the unique solution to a problem only God faces head-on — a problem we deny and a solution we find abhorrent.

That is why I am opposed to the church aligning Jesus with any political party and candidate, with any policy, or with any moral cause. These various powers play the tune and demand that we dance to their song. They set the agendas, even moral agendas, and ask for Jesus to support their cause. Jesus never submitted to that and neither should we.2

He plays the tune and we submit. Period.

The Real Jesus: Begins at the Bottom of the Ladder
Scroll to top