You are here: Home1 / Blog2 / Jesus3 / The Real Jesus: Begins at the Bottom of the Ladder 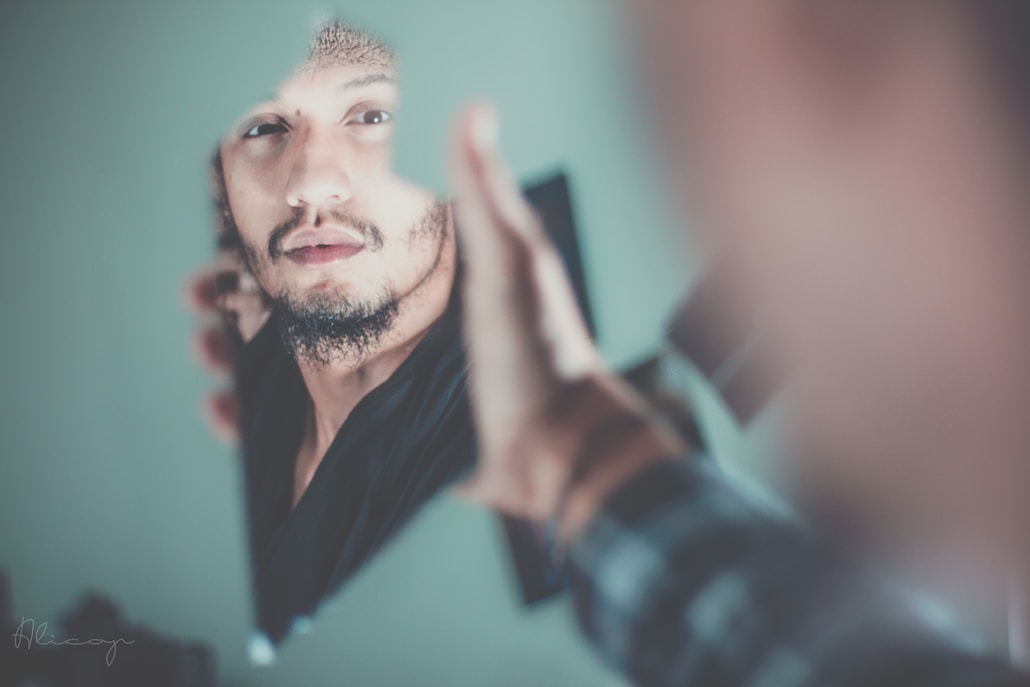 He was despised and rejected by men, a man of sorrows and acquainted with grief;and as one from whom men hide their faces, he was despised, and we esteemed him not.

“For whatever reason God chose to make man as he is— limited and suffering and subject to sorrows and death—He had the honesty and the courage to take His own medicine. Whatever game He is playing with His creation, He has kept His own rules and played fair. He can exact nothing from man that He has not exacted from Himself. He has Himself gone through the whole of human experience, from the trivial irritations of family life and the cramping restrictions of hard work and lack of money to the worst horrors of pain and humiliation, defeat, despair and death. When He was a man, He played the man. He was born in poverty and died in disgrace and thought it well worthwhile.”

What if God was one of us? Just a slob like one of us Just a stranger on the bus Trying to make His way home

From the get-go, Jesus cut against expectations. He did not come to fit in. He came for the last and the least and the lost.

In my last post, I insisted that the only way to make sense of Jesus is by interpreting him in the narrative of the Bible. He is not our plaything to make into whatever we want him to be. Rather, he is Jewish from his genealogy to his resurrection. 1 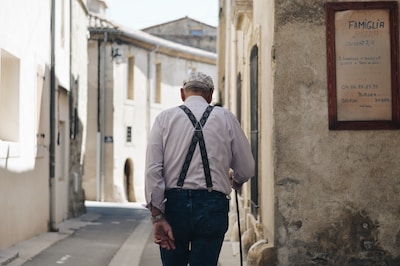 Photo by Caroline Hernandez on Unsplash

Some people spend hours investigating their genealogies. Recently, I traced my wife’s family tree all the way back to the 16th century. She has deep roots. My side of the family, on my Dad’s part, disappears in the Atlantic Ocean in the early 1900’s. Oh well. Knowing our roots promises some new self-understanding. But my roots are only of interest to me. As fascinated as I may be with knowing the name of my great great uncle, I have found that bringing it up in a polite dinner conversation is a surefire way to get people to change the subject. Most people think my genealogy is boring.

Genealogy can also be weaponized. Just ask any Jewish person about the Nazis. And the idea persists. One of the assumptions of the recent reinterpretation of American history is that genealogy is destiny — for good or ill. The mere fact that some of our forbears were white and slaveholders brings condemnation to all their descendants. 2

For Jesus, genealogy was mission

Matthew begins by asserting the noble ancestry of Jesus of Nazareth. To be in the lineage of Abraham and David is like having a remote relative who came to North America on the Mayflower. But Matthew does not stop there. He gives more detail. In doing so, he selects 42 individuals to accent the blood line of Jesus. None of the characters of the Old Testament are blameless citizens. Abraham was a liar and coward. Isaac was a manipulator and rebel. Jacob makes the stereotypical used car salesman look like an amateur. But Matthew, against expectations, does not accent the more noble members of the tree. He focuses on the reprobates.

Great Great Grandma Tamar (who slept with her father-in-law) 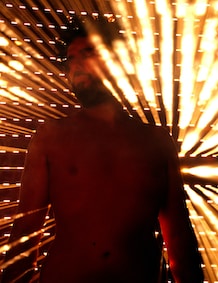 Photo by COSMOPOLITANO MODEL on Unsplash

She was the daughter-in-law to one of the 12 sons of Israel: Judah. Without going into the details of her husband’s death and Judah’s negligence toward her (see Genesis 38), it is sufficient to note that Tamar played the prostitute to become pregnant by Judah. And he gladly complied. As a result, she bore an illegitimate child. That child, notes Matthew, became part of the lineage of David the King, and Jesus his greatest son.

Rahab, another great grandmother, who used to be a prostitute

Move ahead over 400 years and we meet Rahab, also a prostitute and a pagan to boot. In her case she was converted to faith in the true God at the time of the invasion of Canaan and the defeat of Jericho. And God weaves her into the lineage of Jesus.

We inhabit a world and a culture where people are condemned for their immutable characteristics, for their DNA. Prejudice against a race or ethnic group is universal. So it was in the ancient world. To be born a Moabite was to be under the curse of God for 10 generations (Deuteronomy 23:3). You see the Moabites had worked to corrupt the people of God. As a result God banished them from his people. Gentiles were outsiders. Moabites were outsiders to the outsiders. But Ruth, the Moabitess, became an insider. And guess what? God brought her into the family tree of Jesus. Once more, this is not as we would expect

Matthew also includes Bathsheba. She was the wife of one of King David’s closest friends. While his friend was off fighting for David, David stole his wife, impregnated her, tried to cover-up, and then arranged the murder of his friend. Matthew places the blame on David, as he should. But he notes that this union was also part of Jesus family tree. David had other wives, but God included the wife for whom he murdered in the ancestry of Jesus.

All in all, Matthew selects 42 names, arranged around the big events in Hebrew history. None of them is without flaws. Some of them ended their days in the shadow and shame of their own transgressions. Notice, this is not a family tree to boast in – then or now. If ancestry.com had been around, this family tree would not have been used for marketing. Jesus was the great great grandson of sexually immoral, abusive, power-brokering, oppressive, murdering persons. If I were to write a propaganda piece to support the claims of someone who was Messiah, this is not what I would include. And God seems to go out of his way to include some of these folks in the story. 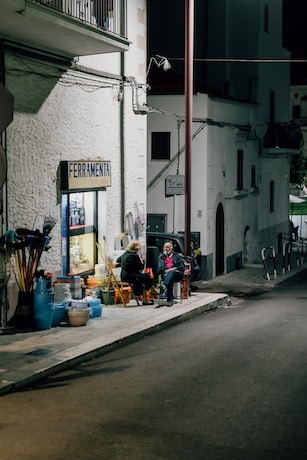 Not only did Jesus enter history by being born into such a corrupt lineage, but he came in scandal. What else can we call the virgin birth? Yes, it was an act of God. But it also made tongues wag, for decades. Mary, pregnant before marriage (that was a scandal in those days), carried a child who would be considered illegitimate (that was also a big deal). The NT alludes to this (John 8:41). The mother of Jesus bore this shame all her life. Joseph faced a calling of believing the truth of the conception of a child by an act of God upon the ovum of Mary, even when everyone else thought it absurd.

He came at the bottom

In short, Jesus came at the bottom of the social ladder. Not only was his family tree filled with the disreputable, and his conception easily interpreted as shameful, but he came into obscurity and poverty. He humbled himself, says Paul (Phil 2:5-7). Of course he did. He came as Savior to all people. To be a Savior for the last and the least, you have to identify with the last and the least.

Savior for the lowest and least

You see, there are people who live on the bottom of the social order. I have been among them in the slums of Sāo Paulo and in ministry in a maximum security prison. People at the bottom are not welcome in my neighborhood, or associations, or restaurants.

Let me tell you something else about the last and the least. They connect with people on their side of the tracks. Had Jesus been a blue-blood, well-heeled, cultured, and royal in manner — they would have found him unapproachable. But a Savior who was poor, who knew the shame of being slandered as illegitimate, from a family tree with defiled persons — now that is someone they can understand.

And that is why he came this way. For the last, the least, and the lost.

In coming this way, Jesus offends us. To cut to the chase: God sent his son into the world is a way that is an obstacle to the self-righteous. What do I mean by the self-righteous? They are those who are high-minded about a moral principle. They pontificate and judge, taking a position of superiority. Standing over those who do not measure up, they exclude them from the land of the living.

Virtue signaling is a hallmark of the self-righteous and morally superior. Despising people on the other side of the political spectrum is rooted in arrogance.

They are also those who, while they admit they have done some bad things (we are all sinners after all) still insist they are not that bad. They have not been racists or immoral or Trump supporters. Sure, they say, no one is perfect, but God cannot expect them (the VIP) to enter the kingdom of heaven like “them” — the general admission people. 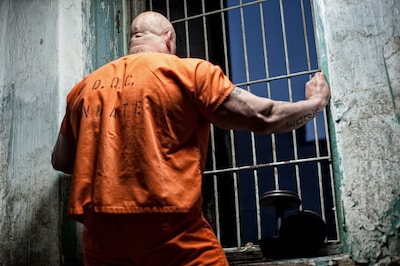 Photo by Damir Spanic on Unsplash

C S Lewis embodies this in a character who has an opportunity to enter the joy of God’s kingdom. God sends a messenger to invite him in, but the messenger is someone whom he knows and who has murdered.

In the eyes of the character being invited, this other person is contemptible. More than that, God is perverse to expect him to come into the kingdom on the same basis as a bloody murderer. He protests:

I always done my best and I never done nothing wrong. . . .  I don’t see myself going in the same boat as you, see? Why should I? I don’t want charity. Lewis, C. S.. The Great Divorce (Collected Letters of C.S. Lewis) (pp. 28-29). HarperCollins. Kindle Edition.

Can you hear his desire to enter but on his own terms? He is glad that this real sinner can get in. But he wants a VIP pass, a way of entry without having to humble himself and admit he is no different than anyone else.

The war of the Moralizers

If you read through the daily news feeds from this angle, you will see that we live in a time of moral hectoring. Contempt rules. Chiding and lecturing dominate. Both the right and the left take up a posture of moral superiority to the other side. Those in power use their influence to cancel and exclude.

The message from Christians in this time is one of “lay down your moral hubris, stop your arrogant judging and contempt — stand hopeless and bankrupt and equal in sin. Come to  a Redeemer who welcomes any and all to forgiveness when they come with no pride, no claim to be better to to deserve VIP treatment.

Offensive from the start

Jesus will only fill our hands with his rich grace when they are empty. His enemies in ministry were those who were righteous and healthy in their own eyes. All they needed was need, but they refused to be empty. Jesus never yielded to them, no not for a minute.  To cater to those who demand respectability and a place of moral superiority in the kingdom of God would be to change the entire character of that kingdom. That kingdom is a place where God’s unmerited and lavish grace will be showered upon us forever. No one will get any merit badges and all will enjoy his love to the full.

Grace alone from first to last

From the get-go, Jesus cut against expectations. His polluted family tree and the gossip about his birth were part of his plan — to identify with the least and lowest of human sinners. He made it clear that the door was open to them — that no one could be beyond the reach of his mercy. All that was needed was for any of us to admit that we too are just as desperate.

The Real Jesus: The King and the Kingdom of God
Scroll to top