You are here: Home1 / Blog2 / Alienation3 / The only difference between Putin and me 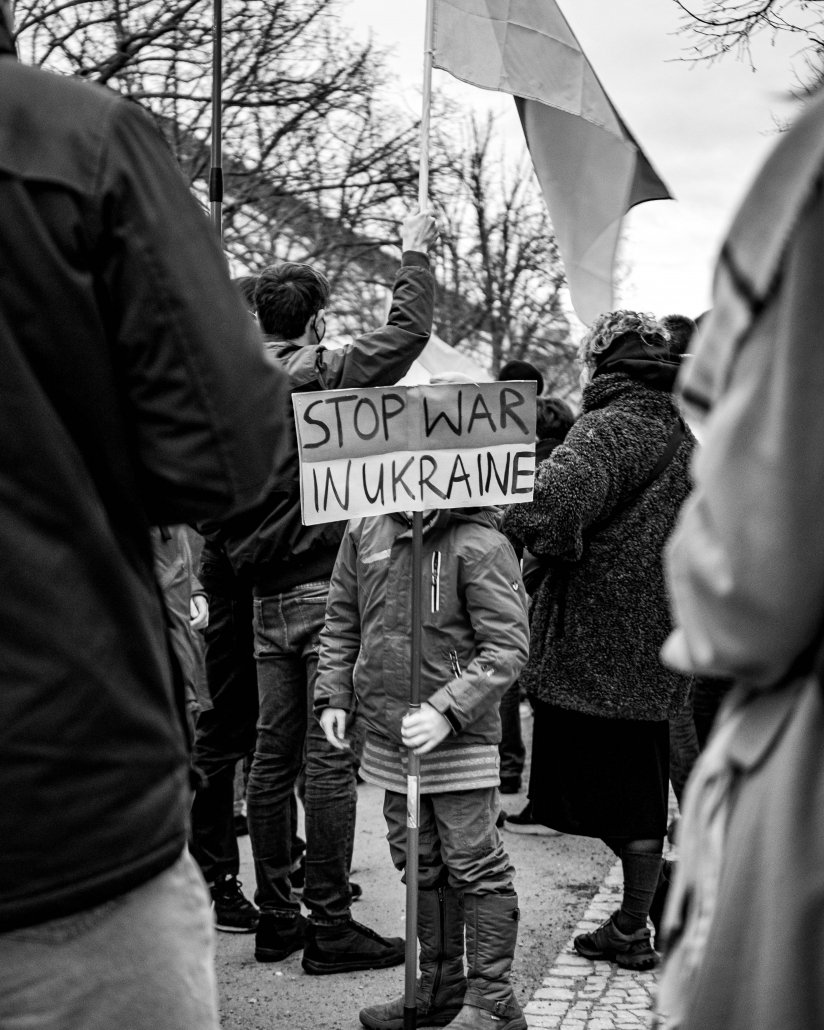 We interrupt this series on conflict and mediation (first, second, third) to reflect on our present crisis. I want to look at Putin and the war in Ukraine through the lens of a biblical understanding of conflict

How can he? How can she? can’t it be stopped?

Human history is the story of wars and violence. I am a mere 67 years old, but I cannot remember many months of my teenage or adult life when there was not some war, some oppression, some expression of violence between ideas, nations, or ethnic and political enemies. Rwanda. Myanmar. Cambodia. Nicaragua. The Balkans. Iran-Iraq. It is a long list.

Ordinary citizens observe this behavior in others and respond in a few ways, all of which we have seen in the last few weeks:

I said ordinary citizens purposefully. Governments and people with power or money have a much wider array of responses, such as we have witnessed with the Russian-Ukraine situation. We who are ordinary citizens know that, so we add one more to our list of responses: We wish someone would do something about it.

So how do I, looking through God’s perspective on conflicts, see the present situation.

A hoped for peace

First. Scripture tells us that God hates the wars and conflicts that erupt among the children of mankind. His purpose in creation was not war, but global peace. The Hebrew word shalom means more than the absence of conflict. It connotes thriving humanity and nourishing social relationships. God’s promised future is given here (and other places):

“they shall beat their swords into plowshares, and their spears into pruning hooks; nation shall not lift up sword against nation, neither shall they learn war anymore.” (Isa 2:4 ESV)

That picture is so vivid, it was cherry picked from Isaiah and placed on the foundation of the United Nations.

A peace that springs from diagnosing the cause

Why does Vladimir Putin want to conquer Ukraine? Why did Idi Amin want to crush his rivals? Why do American politicians lie and slander to defeat their opponents?

God’s answer is a deep look at the human heart.

“What causes quarrels and what causes fights among you? Is it not this, that your passions are at war within you? You desire and do not have, so you murder.” (Jas 4:1–2 ESV)

Better communication, negotiation, compromise, alliances for the balance of power, and cost-benefit analysis are all proper means of diminishing large scale bloodshed. But they are band-aids, not solutions. God says we want what we want and will fight to get it.

Why does Vladimir Putin want Ukraine so much he will go to war? Why is it so important to him that he will pay a huge price for victory? Is it really a problem of communication? or is he dominated by a desire that masters all his reason?

Putin’s problem is ours, just larger

Let’s go back to the first paragraph. Ordinary people observe the violent acts of people with access to wealth, weapons, and armies — and we ask, “What kind of a person would to this?” As we see photos of the ruin of public buildings and schools and hospitals in Kyiv, as we see the dead bodies of children, we are rightfully shocked.

But we too easily think that Putin must be a different species from us, from me. Our grand assumption is that we would never do such a thing if we were in his shoes. We think that we are people of such character that using power and wealth and weapons to harm enemies is beyond possibility.

Not a month goes by that I am not helping people whose relationships have been broken by the weapons of anger, insult, contempt, threat, and bitter hatred. I may not have access to tanks, but I can grab words and bring great harm to others.

Not arguing for moral equivalence

In saying this I am not joining with the silly moral equivalence argument that undermines moral judgments. Maybe you have heard it, even now. America has no business judging Putin when we have problems with racism. China may be committing genocide but we have police violence.

I called this silly because it silences everyone. All of us have flaws and sins, and by this line of reason, none of us can speak about any moral issue in others or society until we are without fault. For example, America may have a problem with racism, but you are a bad husband and father — so you can’t speak.

Putin’s evil is not the same as mine when I speak harshly to my wife. Both are sin but not all sin is equal. It is not hypocritical for people who commit far lesser evils to stand against greater evil. Jesus did not say “never judge” — he said do not judge self-righteously.

I am of the same stuff

What I am saying is that I cannot view Putin as unique. He is a man, a combination of personal history, ambitions, defeats and successes, ideology and practices that have brought him to a position of power. He is using that power to do great evil. It is too facile for me to say I would never do such a thing. But I don’t know. I have never walked in his shoes or had that power.

During the Trump years I heard people say he was arrogant. That may be the case, but since I have never been a billionaire, I do not know if I would be just like him in the same circumstances.

Self-righteous posturing and pontificating and politicking, portraying the opponent as some expression of sub-human life — all of that is rebuked by God’s word that says all are sinners in one form or another. I stand in the same mass of sinners when I point the finger at the wrongs of others.

Final peace will come from treating the real problem

If the root of all wars and conflicts is that I want what I want and will fight to get it, then the only lasting peace will come when desires no longer master me. And how can that happen? Not for a brief time but permanently?

All the religions of the world outside of Christianity insist that it can change by our trying. Trying very hard. When religion and state join forces, the state can impose this change. Secular political and moral ideologues insist it can happen by force of government, either by oppression  and overthrow of powers, or by social engineering.

Only Christianity says the solution comes entirely outside of ourselves.

Remember, earlier I said the UN cherry picked from Isaiah? They left off the part about WHO makes the world into a place of peace:

““Come, let us go up to the mountain of the LORD, to the house of the God of Jacob, that he may teach us his ways and that we may walk in his paths.” For out of Zion shall go forth the law, and the word of the LORD from Jerusalem. He shall judge between the nations, and shall decide disputes for many peoples; and they shall beat their swords into plowshares, and their spears into pruning hooks; nation shall not lift up sword against nation, neither shall they learn war anymore.” (Isa 2:3–4 ESV)

Notice, peace will come from the reign of the true God over willing citizens. Peace will come when there is a ruler who has the competence and character to make it happen. That ruler, Isaiah explains later, is the Servant of the LORD, who will be the sin bearer. He will take all the evil desires of our hearts for which we will fight, and he will bear them away, suffering the judgment they deserve from the God who judges.

“But he was pierced for our transgressions; he was crushed for our iniquities; upon him was the chastisement that brought us peace, and with his wounds we are healed.” (Isa 53:5 ESV)

We are all of the same stuff, made of the same twisted and stained cloth. God’s word gives this unique and true diagnosis — and insists we cannot heal ourselves. Only the Messiah can, and his name is Jesus.

This does not mean we should not work to end this war. God hates the violence and bloodshed. But we do so to mitigate the bad fruit of the real problem. Our solutions are not the final solution. They are temporary measures. But doing good to love our neighbor requires it.

[gravityform id="1" title="false" description="false" ajax="true"]
What is on the other side of embracing relational pain?

Getting personal
Scroll to top