You are here: Home1 / The Anatomy of Conflict and Reconciliation 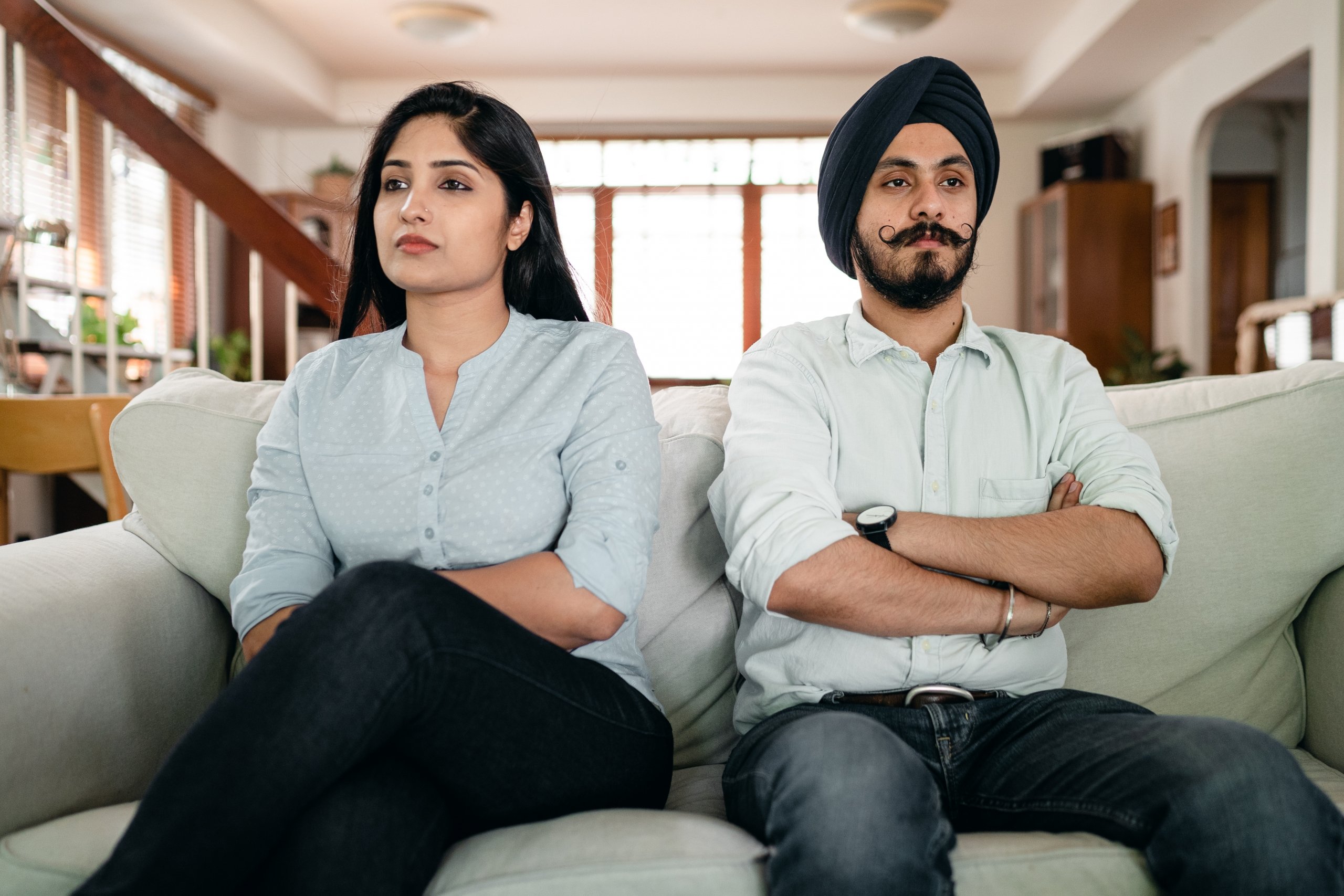 Previous page: The Good of Conflict

How did we get here?  What has come between the couple at the top of this page? Maybe they had a fight about where to go out to dinner? or whose family to visit at Christmas? or maybe one of them betrayed the other. Whether for small or large reasons, they are alienated.

What has happened to you? How did you end up in such a bitter conflict with your friend? your spouse? your sibling? your parent or child?

There are so many reasons for conflict

I call what we disagree about is called the “issue.” It is the “material” cause of the conflict. Sometimes there are multiple issues.

Issues can be non-moral matters, like how to fold sheets. But they can also be moral: things we say or do that are wrong and cause harm to the other person.

What are the “issues” in your conflict?

The issue is not the issue

Knowing what the issues are is really important. However, the way to solve the problem and mend the relationship is not always simply to address the “issue.” Issues that are small have a becoming huge. Sometimes the issue is big (betrayal would be one example).

Issues alone do not cause broken relationship. How we respond to the issue do. In other words, there are things we have said or done that are wrong. You yelled at them. They called you stupid. Or worse.

My point is that broken relationships are the result of wrong behavior. Sometimes that behavior is part of the issue (they deceived you); sometimes it is the response to the issue (you walked out). Solving the point of disagreement without addressing the wrong behaviors is putting a band-aid on a cancer.

You cannot resolve the conflict with an “issue” first approach

God’s way of resolving broken relationships involve personal moral clarity first. You need to measure you words and attitudes and actions with a clear moral yardstick. I can assure you the other person is measuring — and that is why they are angry at you. For there to be complete resolution and restoration of relationship, everyone must “own their stuff.”

And there’s the problem. Most of us would rather undergo dental surgery without anesthesia than discover and admit the wrongs we have done. We are really good at seeing the wrongs the other people have done. But we are certain that they are the issue and our part in the problem is very small.

In short, your relationships is strained or broken because there is a disagreement about an issue, and there have been morally wrong actions that have harmed the relationship, and the result is alienation. This is the perspective of the Bible.

If my analysis is correct, then how to do resolve the problems? Not by focusing on the issue. Nor by being “objective.”

God calls us to address our conflicts and broken relationships by first addressing and admitting the wrongs we have done. In the Bible this is called repentance. After admitting those wrongs, and asking for forgiveness, then you can discuss the issue you disagreed about. In short: Reconciliation of relationships comes before resolving the disagreement.

That runs against our instincts. It is also why so many broken relationships continue even after the people in the conflict find compromise solutions. They may have “cut the baby in two” but they simply cannot forget the wrongs that the other person did to them.

Reconciliation of relationships comes before resolving the disagreement.

Yes, it is more complicated than that

I know it is not all so cut and dried. Admitting wrongs is very difficult work. Forgiving, truly forgiving, is also challenging. But the overall pattern informs the process I use.

My observation is that it is nearly impossible for two people who are mad at each other to come to agreement about an issue.

This is the good God intends

Pain in conflict is one of the ways God gets our attention. He resorts to us because when we are pain free we assume all is well, even when it is not. Pain alerts us. God uses it to address areas of our lives that need to be addressed. And the fruit is often breathtaking.

One of the joys of my life is to be present when parties who had been bitter and alienated admit wrong, ask for and receive forgiveness, and quickly resolve the issue over which they fought. They leave as renewed friends or on a path to renewal. Courts do not accomplish this. Compromise motivated by self-interest does not accomplish this. God’s wisdom does.

What you need to do

Next Page: Owning Up