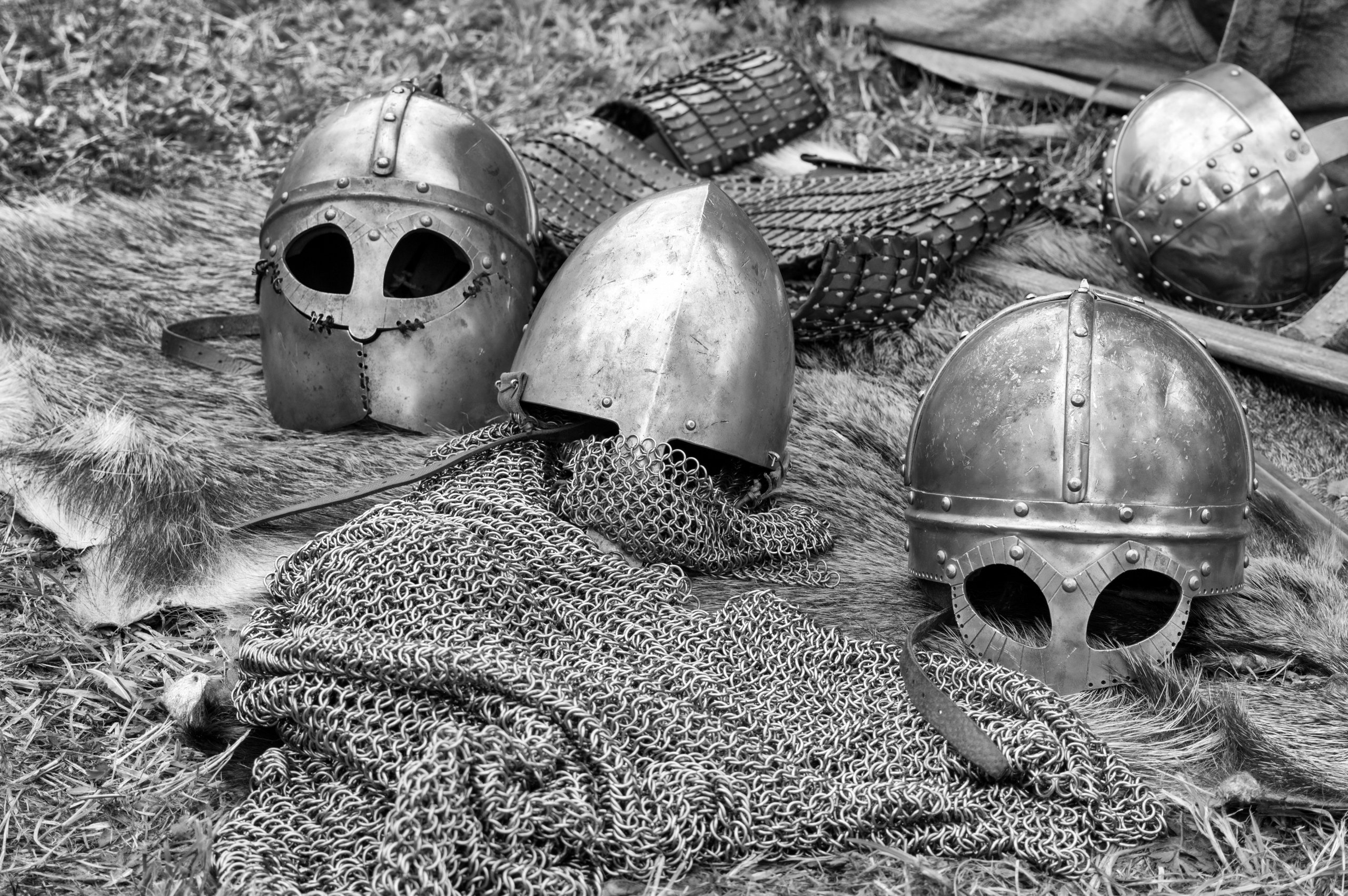 The rebel defies more than he denies. Originally, at least, he does not suppress God; he merely talks to Him as an equal. But it is not a polite dialogue. It is a polemic animated by the desire to conquer.

Let’s take a moment to zoom out. I want to think about how a Christian Mind sees the story of human life on this planet. A big picture is essential.

Even though after my graduation from high school  I vowed never to take another history class, I majored in history at Princeton. How did that happen? The University required me to take some courses. Great teachers drew me in. Their skill made me feel the drama and tension of the story of human nations, societies, economies, and tragedies.

When you study history you seek to understand why people did things as they did. What were there motives? What compelled them to begin a war? Or start a revolution? Or run for office? There are all kinds of possible answers. Usually we tell the story as one of progress through conflict. But God sees it differently.

God alone knows the deep structure of human motivation. He reveals the overarching motive at work behind every deed of every member of the human race. That is a bold claim, but it actually explains so very much.

The Deep Structure of Our Hearts

Given what I have written about God, truth, and the human condition, its glory and corruption, what is deepest motive?

History is the story of the one passion of the human race, around which all can rally: We do not need God.

Anyone and anything is a better Lord than the One True God.

As image bearers, we may make advances in technology and standards of living. We may engage in conflict with each other as we do so.  But underneath it all, even though I may strive with many, the enemy of my enemy is my friend. And the one enemy we all share is the true God.

The Psalms present this in poetic and dramatic form:

Why do the nations rage,
and the peoples plot in vain?
The kings of the earth set themselves,
and the rulers take counsel together,
against the LORD and against his Anointed, saying,
“Let us burst their bonds apart
and cast away their cords from us.”

OK, I have made the assertion, let me explain.

Christianity sees the line between good and evil as running through the heart of every person. While we are not as bad as we could be, you have never met another human who is not capable, given the right context, of the most vile and hideous acts toward other people.

It was no less than Jesus who stated it most clearly:

21 For from within, out of the heart of man, come evil thoughts, sexual immorality, theft, murder, adultery, 22 coveting, wickedness, deceit, sensuality, envy, slander, pride, foolishness. 23 All these evil things come from within, and they defile a person.” (Mark 7:21-23)

Compared to this, all secular diagnoses are superficial. Therefore, all secular solutions will be ineffective and have been ineffective. Secular ideologues think that education, culture, race, victimization, and unjust structures cause evil behavior. Secular man has created a new doctrine of original sin – the root of sin is race and power dynamics. Collectively we refuse to accept God’s diagnosis of our problem.

Why is this so?

At the individual level, this is simple. Sin has taken hold of the roots of our being. Its primary expression is to oppose the truth about God and the rule of God. We have become God-defiant. But the reason we are God defiant is that we would be as God — we are God imposters. We want to be King.  God is our enemy.

First, the serpent insinuated that Adam and Eve could not trust God. He was holding back on them, not giving them what was really good.

Second, he told them they had great potential. They too could be a god.

The conclusion was obvious: the way to realize their potential was to cast off the shackles of the tyrant. That is what they did. When God inquired about their actions, they thumbed their nose at him. They even blamed him.

God Does not Measure Up

Ever since, every human being has a deep belief that the true God is untrustworthy. That is their justification for calling the rule of God and the laws of God “bonds” and “cords.”

Just to be clear, this does not mean everyone is irreligious. On the contrary, one of the greatest fruits of the rebellion is man-made religion.

We can define our own reality.

We can create our own forms of government.

We can create our own morality.

We can develop our own means of cleansing and judgment.

We can formulate our own religions.

Just to be clear, this does not mean everyone is an atheist. Certainly hostility to God or indifference to God are options. But another widely embraced option is to make up a God who is really obligated to us, or under our control. He may be demanding but if we do right, he owes us. He may be cuddly, welcoming any and all. But he is our idea of a God we can get along with. The main point is that we are the Creators of God. We are God-pretenders.

The Other Enemies: Everyone Else

So, the world is populated by god-pretenders. All of us. If that is so, what is life like? Just the way you would expect: filled with conflict.

As a child I used to play King of the Hill. That childhood game is a metaphor for all of life. We aspire to be the King of the Hill, to call for the worship of others. Everyone around us is a competitor in a deadly game. To be blunt, every human corrupted by sin considers the presence and existence of anyone else to be an affront to our persons.

How does this play out in our daily relationships? Simply put, our driving ambition is to stand in the place of God and be worshiped by others. We brook no rivals. We oppose all who get in our way.

Jesus moves past external actions to attitudes of the heart – to be embittered toward or hate someone or show contempt for them is worthy of hell (Matt 5:22). By this definition, every human in sin is filled with hatred for others. This is why the work of mediation is always in demand. Here is how God put it through Titus:

“For we ourselves were once foolish, disobedient, led astray, slaves to various passions and pleasures, passing our days in malice and envy, hated by others and hating one another.” (Titus 3:3 ESV)

every human corrupted by sin considers the presence and existence of anyone else to be an affront to our persons.

All the vile and cruel acts of humankind are fed from this corrupt fountain of arrogance. Those actions range from cruel teasing to genocide.

The Enemy of my Enemy

Psalm 2 says that when push comes to shove, the malice and hatred of persons toward each other will set be set aside when God shows up. For as much as we are filled with malice and envy toward each other, there is no one we hate more than the true God.

In Romans 1:28-32. After Paul lists the sins image bearers commit against other image bearers, all of which flows from the human heart in its rejection of the truth and rule of God, he says that those who do these kinds of things KNOW that they are doing wrong. They know they are worthy of death. And then he adds a social dimension:

“they not only do them but give approval to those who practice them.” (Rom 1:32 ESV)

Such egging on shows we are co-conspirators in the great revolt. You may be my enemy, but we I will encourage your rebellion against the real enemy: God himself.

The War of the God-Pretenders

To some utopian-ish visionaries this will be called cynical and pessimistic. My only response is this: show me the exceptions. By that I do not mean the individual acts of beauty that show us to be image bearers, but the communities and societies and families which are malice free. There are none. When people are free from disapproval of others, they will engage in barbarity and do so with abandon.

If you want to know what is in the heart of people, just look at Twitter discussions. Enough said.

Great stories have great villains. Few villains are as dark as Sauron from Lord of the Rings. His lust for power and domination nearly bring an end to Middle Earth. But we are all Sauron. This is the lesson of the Ring of Power. Even the best of friends (Sam and Frodo) can become bitter enemies in their lust for the ring.

And so it is in history. It is the record of pursued domination over others, whether through domestic abuse or slander, litigation or murder, genocide or racism. A Christian is not shocked at the darkness of history. We are not naive. We do not think people are essentially good. When we hear or see the polarization and vitriol of our current cultural and political landscape, we see yet another sign of god-pretenders playing a lethal game of king of the hill. The world is Not the Way Its Supposed to Be.

But there is another story being written by God . . .

This does not mean we should not work for the common good. Many good organizations engage in such efforts. I am a partner and contributor to a few like Braver Angels.

But there is only one means of full healing of the disease of our souls. That is the next story. But first, how does this rebellion play itself out?