You are here: Home1 / Blog2 / Human Dignity3 / More worth than All the World 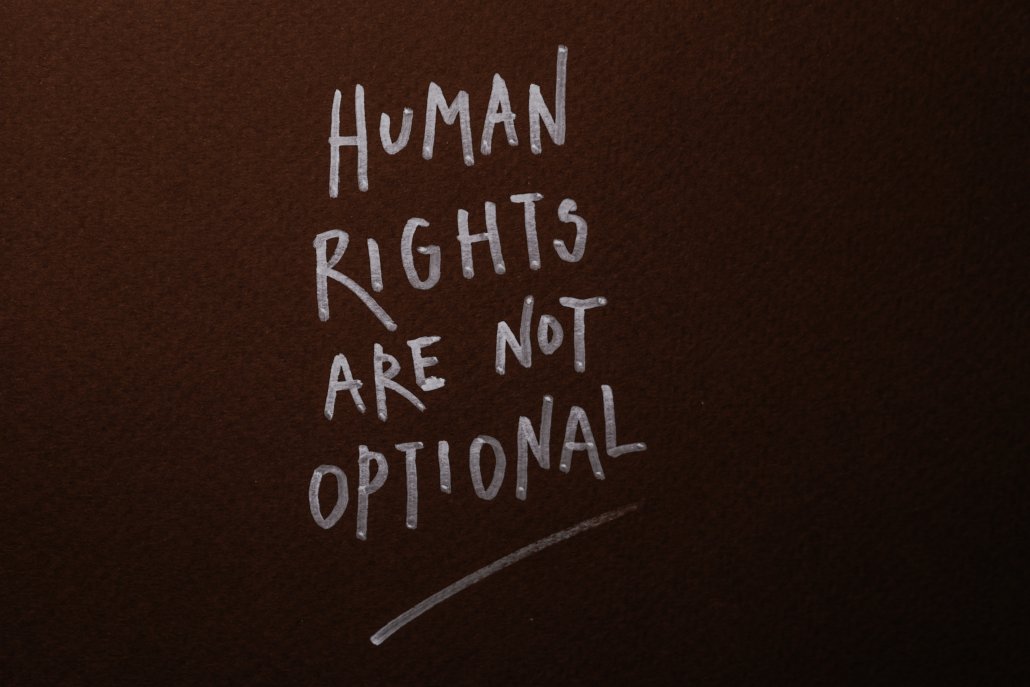 The universe was not pregnant with life, nor the biosphere with humanity. Our number came up like in a Monte Carlo game.

There are no ordinary people. You have never met a mere mortal. Nations, cultures, arts, civilisations–these are mortal, and their life is to ours as the life of a gnat. But it is immortals whom we joke with, work with, marry, snub, and exploit–immortal horrors or everlasting splendours.

Christians have often made a serious mistake by equating the fact that man is lost and under God’s judgment with the idea that man is nothing — a zero. This is not what the Bible says. There is something great about man, and we have lost perhaps our greatest opportunity of evangelism in our generation by not insisting that it is the Bible which explains why man is great.

There is nothing more valuable than a single human life. That value is unconditional. This idea is the basis for all human rights.

Where does that idea come from? The value of each human life is asserted solely in the Scriptures of the Judaeo-Christian tradition.

It is found in the sixth commandment:

This command calls us to protect any human from murder. Murder is any action or disposition of heart that seeks to harm. There are some nuances here, but not many. Few commands in the Bible have had such massive influence outside of the people of God.

This command, which is based on the greater than all the world value of each life, may be the greatest contribution of the Judeo-Christian Scriptures to human civilization. It protects all human life, calls us to cherish every person, and does so because humans alone are made in the image of God.

Trace the history of programs of compassion, sacrificial care for the poor and diseased, advocacy for the rights of the enslaved, and the rights of people no matter their caste, race, sex, age, moral condition or beliefs – and you will find the singular influence of this command and its basis.

Trace indifference to suffering, oppression of the weak, or contempt for others in all its various forms — and you will find every religious or political system not defined by God’s determination of human dignity. But few will face this.

The Deceit of the Secular

I wish the secular West would be honest. Why can’t people who think we are nothing more than chemicals face the logical meaning of their assertions? If humans of our day are merely the most recent result of an impersonal, random process who’s only controlling interest is survival, then there is no moral basis to believe in human rights. Or to oppose racism.  Or to care about justice. If all we are is the result of cosmic roulette, then let us eat and drink for tomorrow we die.

But no one will say this. 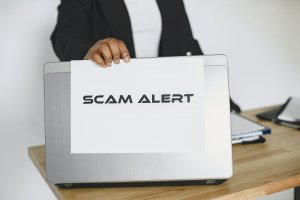 An atheistic theory of the origins of life has consequences. Social Darwinism followed the theory of natural selection to argue that the fittest survive, even if it meant some were losers in the battle. Eugenics came next. Scientists, activists, and politicians advocated for manipulating the reproductive activity (forced sterilization) of “unfit” members of society. Most notable was Margaret Sangster, founder of planned parenthood, and Adolf Hitler.

In that era, when the value of human life was grounded in Scripture, people rejected these theories, eventually. They saw it could be used to justify violence, racism, and conquest. However, those who had a moral objection to social Darwinism had a problem.  First, they refused to accept the logical conclusions of atheistic origins. They were dishonest.

Second, they asserted the value of human life. As they did do, they rejected the basis for that value — the God given value of each person. In the end they  kept a ghost. Ghosts have little force. Ghosts can be manipulated. Baseless assertions of human dignity easily become “We love humanity but individuals are expendable. ”

The Beauty of the 6th

God’s law is beautiful. This command enshrines the “more valuable than all the world” person in the center of the ten commandments. To live in a society, among people who aspire to conform to it, would be desirable.

Second, not only does it forbid unlawful killing of another human, it requires the care and protection of every human life

In other words, this command speaks to how we treat children, the disabled, the elderly – your neighbors and co-workers – people of diverse sexual identities – representatives of all races and cultures and politics.

But why would this command be in the center of the 10 commandments?

Why does God place such high value on human life?

The answer is a doctrine unique to the Bible. God made humans in his image. Here is is:


“So God created man in his own image, in the image of God he created him; male and female he created them.” (Gen 1:27 ESV) 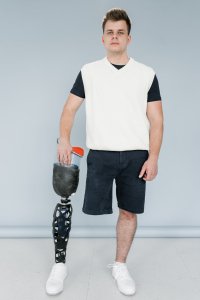 According to Scripture, humans alone are made in his image. What does this mean?

Of all the truths asserted by the Scriptures, this seems most obvious to our own observation. We know, even though we spin deceitful theories about what it means to be human, that we are more than chemicals, more than advanced primates, and more than the most recent peak of the process of natural selection. 2

More worth than all the world

Let me put this a little differently:

The Bible teaches that every person you encounter has more value than all the world.

Where do I get that? From Jesus. He asked:

That two year old, that wheel-chair bound senior citizen, that baby in the womb, that person of different race — is worth more than all the world.

The simplest explanation for our disregard of this truth is this: politicians, ideologues, socialists, communists, capitalists, rights’ advocates all believe that individuals are expendable when pursuing their dream. They are saying, “Each person is valuable, but sometimes they must be sacrificed.”

Our worth has many components.

What is that worth

Each person has vast potential. God made us with amazing capacities.  Reasoning and communication, awareness of beauty, the possibility of profound relationships. More than that, we have abilities that can enable us to do amazing things such as invent technology.

Each person is responsible. We live in a day of stripping people of agency. We are all victims of body chemistry or unjust systems. “I can’t help it” is our mantra. Contrary to this God says you are not preprogrammed. You can act, make choices of moral significance, and he will treat you as an adult who does so.

No animal has these qualities. Each person has more value than the whole world.

If that is the case, how do we live?

You value each life. Period. Each and every life.

Only the Bible gives us a basis to assert human rights and worth. Whether oppressed or oppressor, unborn or elderly, disabled or whole, male or female or confused, whatever the political ideology or the moral practice, or the opinions – ALL, each and every one, has unconditional worth greater than the whole world. 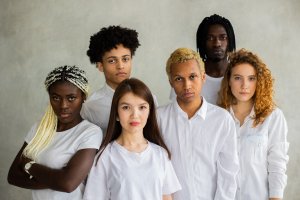 When someone wants to honor God, they must honor the ones who bear his image.

How I treat employees made in God’s image is how I treat the God who is imaged.

The way I treat a baby in the womb made in God’s image is how I treat the God who is imaged.

What honor and care I give to the disabled made in God’s image is how I treat the God who is imaged.

When I honor someone of a different race I am honoring the God they image.

To keep this command forbids me from doing or saying:

All of this is found in the Scriptures of the Hebrew Bible, by revelation of God:

God was ahead of the ADA.

“You shall not curse the deaf or put a stumbling block before the blind, but you shall fear your God: I am the LORD.” (Lev 19:14 ESV)

God was way ahead of justice advocates

“Cursed be anyone who perverts the justice due to the sojourner, the fatherless, and the widow.’” (Deut 27:19 ESV)

God protects human life because each human is worth more than all the world.

God requires me to do certain things:

“Give justice to the weak and the fatherless; maintain the right of the afflicted and the destitute. Rescue the weak and the needy; deliver them from the hand of the wicked.”” (Ps 82:3–4 ESV)

“ If among you, one of your brothers should become poor, in any of your towns within your land that the LORD your God is giving you, you shall not harden your heart or shut your hand against your poor brother, but you shall open your hand to him and lend him sufficient for his need, whatever it may be.” (Deut 15:7–8 ESV)

Do everything in our power and according to our resources to cherish, preserve, protect, and give glory to any human life.

Can it ever be? 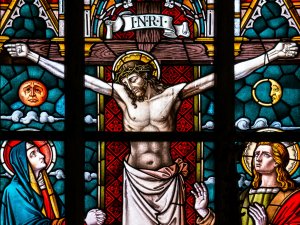 I would love to live in a society where this command and its implications dominated all medical care, all policies, all courts, all families, all neighborhoods.

But I do not and no one has since sin entered the world. Our innate human condition is to treat other people as expendable for whatever we find to be more important.

What hope is there?

There is One, Jesus the Son of God made man, who only showed the greatest honor to each person he encountered. No wonder the people flocked to him.

He also died the death we deserve for our dehumanizing way of life. God took our choices so seriously, he paid for our wrong doings. He did not excuse them.

The Beauty I Desire

I live in a time when deceitful theorists and ideologues insist they loved humanity and will do anything to protect humanity — even kill unborn babies, allow suffering people to take their lives in the name of mercy, inter and kill people who do not submit to their ideology, and deny the human rights of some for the sake of protecting the human rights of others.

Our time is no different than any other in history.

What I look for and would delight in is a society where the 6th commandment ruled. It is a beautiful command. Its fulfillment can only come by honoring the One who lived it and died for those of us who do not.

He did that so there would be a world:

Where the rich give of their wealth to assist the poor.

Where those in positions of influence use their influence to raise up the people at the bottom of the social system.

Where men and women treat each other with deepest respect.

Where the sexual act of creating a new human life is protected and kept holy.

Where pregnant moms defend the rights of their child as well as their own.

Where the in-firmed and elderly are so loved and affirmed they would have no desire to end their lives.

That kind of society would show the beauty of the 6th commandment.

Life in a generous, truth-loving, content world
Scroll to top