You are here: Home1 / Blog2 / Uncategorized3 / Life in a generous, truth-loving, content world 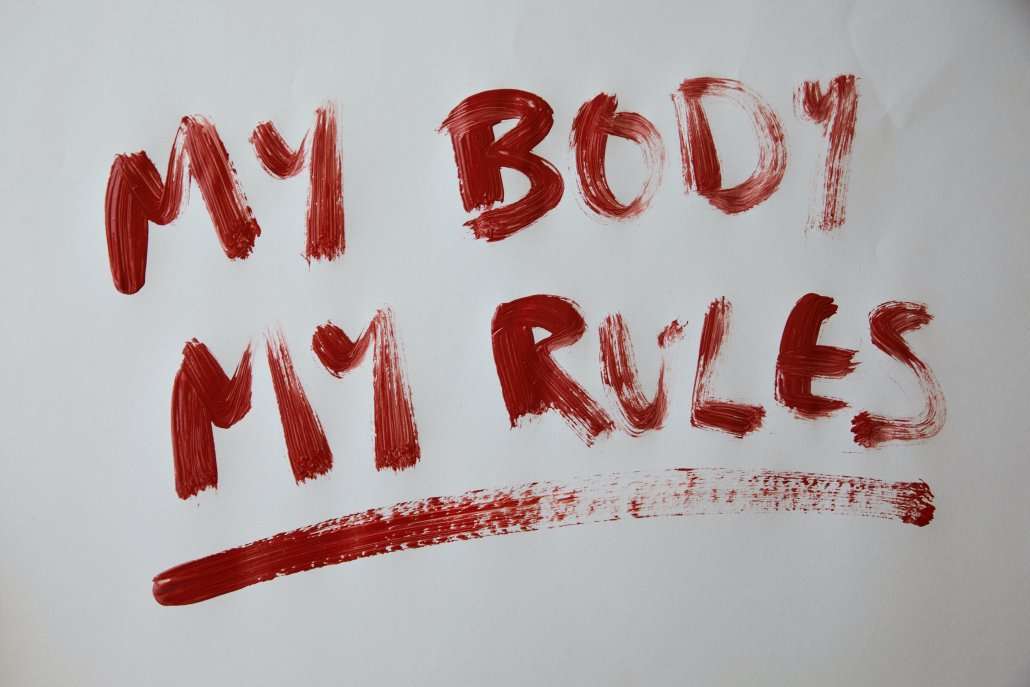 THE REBEL DEFIES MORE THAN HE DENIES. ORIGINALLY, AT LEAST, HE DOES NOT SUPPRESS GOD; HE MERELY TALKS TO HIM AS AN EQUAL. BUT IT IS NOT A POLITE DIALOGUE. IT IS A POLEMIC ANIMATED BY THE DESIRE TO CONQUER. 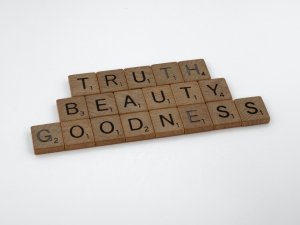 My assertion is simple: the laws of God are beautiful. Further, most people would want to live in a society where those laws were the norms to which everyone aspired.

How can I make that assertion?  Let me ask:

My guess is that you, as secular as you may be, would answer a full NO! or maybe add some qualification (especially in the sexual one) – but you would not answer in the affirmative. You would have to admit that if a society existed where all these practices were tolerated and encouraged, you might emigrate.

Each of my questions is a description of an anti-command. They are negations of commands 5 to 7, which I have looked at here and here and here.  And you would not want to live where those commands are disregarded. How can that be?

First, they are good. God’s laws, in the ten commandments, are not bigoted, chauvinistic, sexist, racist, homophobic, transphobic, or oppressive. They cannot be any of these things because God, their author, is not any of those things.

Second, there is something God has planted in each of us that affirms these rules. These commands about social relationships are embraced almost universally. Universal does not mean there is no variation in application and details. It means the principles in these commands are the framework for all legal and moral culture.

But we are inconsistent. What we want to regulate the behavior of everyone else, we do not accept for ourselves. Each of us is the grand exception. Later in this post I will address why we can embrace these in theory but reject them personally.

But let’s finish off by reflecting on 8-10. We will find the same pattern.

Here is the 8th command.

What the command means

The Bible presents us with a view of human work and property that calls everyone, as they are able:

Let’s look at each of those:

First, God made us to work. In the original creation, in paradise, one of the first acts of God was to hand our first parents a hoe and call them to work the 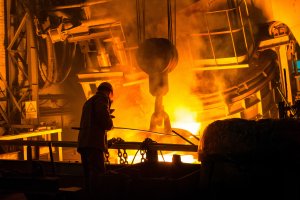 soil. God made us to co-labor with him, not to lounge about while he feeds us. Our dignity is in our work.

Our dignity is in our work.

There are of course those who cannot. But as a rule, for the able bodied, the principle is “if a man will not work, neither let him eat.”

Second, work yields fruit. It yields different quantities of fruit. Equality of outcome is never guaranteed. If I produce something from my work, the 8th command says I own it and you do not. And you may not take it from me. What else does stealing mean?

All of that sounds like modern capitalism. Perhaps it is. Some call it the Protestant work ethic. Except it isn’t.

Third, there is one more principle related to work: my work and its fruit are to serve the community. The original Protestant work ethic was about the dignity of work for the common good. My calling and my abundance is not for me, but for you in your lack. And someday your abundance may be for me in my lack.

My calling and my abundance are not for me, but for you in your lack

The economy of the people of God in the Old Testament was filled with provisions and commands for generous care of the poor. Each person was to give to the poor so as to enable them to take care of themselves. This include interest free loans, forgiveness of mercy based debt, and the full return of the land (their primary capital) to its original God established boundaries every 50 years. All of these provisions were for life under the direct rule of God. The people had to trust God to be their provider. It was not designed for a secular people.

The New Testament simply builds on it

“Let the thief no longer steal, but rather let him labor, doing honest work with his own hands, so that he may have something to share with anyone in need.” (Eph 4:28 ESV)

Concern for the poor is in many places in the apostolic writings and more so in Jesus words.

The Bible and Greed

Did you know any of that? Or have you assumed that the Bible endorses greed? 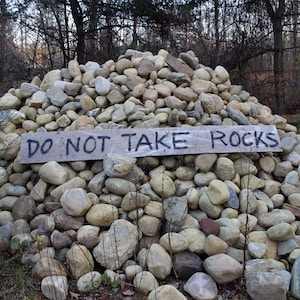 Photo by Tim Scalzo on Unsplash

Greed (which we will discuss in the 10th commandment) causes those who have more than they need to hoard what they have rather than give it to others. God condemns such selfishness.

Modern socialism feeds on the just condemnation of that greed. Greed is terrible. Hoarding what I do not need when there are people around me in want of food and clothing and shelter is vile. But the solution God gives is a change of the heart grounded in trusting and submitting to God. It is not the centralization of coercive power in the state.

Solving the problem of greed without God

Without God, socialism and communism propose that greedy self-righteous people covet and gain sufficient power to seize the property of other greedy people and, after skimming a lot from the top (for themselves and their cronies in the bureaucracy), redistribute what’s left for the needy. Unfortunately, greedy people we all are, and greedy people cannot coerce other greedy people to be generous.

Thinking greed is not a problem

Oddly enough, that puts God’s law in opposition to both rampant self-serving capitalism and confiscatory socialism.

In Christ, there is power to change the heart. Did you know there was a day when churches brought correction to members who pursued unlawful and self-serving vocations, or who hoarded their wealth? For over a thousand years, church leaders, who were in positions of wealth, aspired to give it all away, and did so, to care for the poor. Wealth was personal property, stealing was wrong, but wealth was a responsibility to the community as well.

Here is my anti-law question:

Your answer is likely NO. And God’s answer is too. That’s the eighth commandment. And you would want to live under it.

The 9th: Treasuring truth and preserving each other’s reputation

“You shall not bear false witness against your neighbor.” (Exod 20:16 ESV)

What does this command address?

What do we find here?

We live in a day when social media is an opportunity for people to act as prosecutor, judge, jury, and executioner. There is no process to discern the facts, to weigh the evidence. It is condemnation based on first impressions. This is abhorrent to God.

One example of many

Have you ever heard of Justine Sacco? Her story is one of being mobbed by Twitter for a hasty and foolish tweet. In less than a day she lost friends, work, 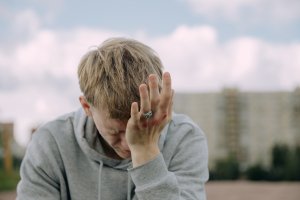 and social standing. You can find an account of it here. My question is simple: who appointed the twitter mob to be judge, jury, and executioner? What process did they use to discern what happened? The intent of the tweet? Do we want to live in a world where a slip of the tongue brings catastrophe?

We also live in a day when allegations and suggestions of misconduct sell – when lies are acceptable for the right cause. Politicians on both sides are infamous for their lies: think Elizabeth Warren’s claims about being native American or the more recent fabrications of Congressman elect George Santos.

The Ninth commandment says truth and only truth is to be the basis of our words and actions and judgments, that there must be processes in place to discern truth when there are allegations of misconduct, and that I am obligated to protect the good name of my neighbor.

So here is the anti-command question:

Of course not. You want to live where truth is valued and pursued.

The last commandment is the only one that addresses desires.

To covet is to desire something. In this case it is to look at the possessions and relationships of a neighbor and want them. To desire what God has given my neighbor, to resent their prosperity or good fortune, to turn my neighbor into a competitor in a zero-sum game – is forbidden.

But I resent your prosperity, even if I have everything I need

God’s word calls us to weep with those who weep. This command is fairly easy to follow. But there is an opposite: rejoice with those who rejoice. That one, notes many students of social behavior, is hard. We do not rejoice with others, we compare their prosperity with ours. We explain the real reasons they have success and we do not. Walker Percy’s deeply provocative Lost in the Cosmos elucidates this reality with painful clarity.

The last of the Ten calls us to be content with what God has given us, not to be greedy and competitive with others, nor to desire what they have for our own possession.

Here is the anti-command question:

Of course not. Once again, we all want to live in a society where the social commands in the ten commands are the desired code of conduct. 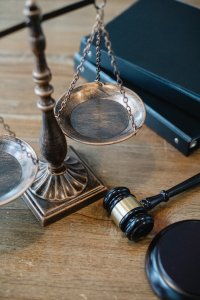 Let me summarize what I have said:

All good in theory

But that is all theoretical. What I want for the rules of my community is not the same as what I want for myself. I may desire you to keep promises and preserve my reputation and be content and generous – but I want exceptions to the rule for me. And I certainly do not want anyone telling me what to do. Why is that?

I addressed the root problem here and here. The short answer is each of us would rather rule in hell than serve in heaven. We do not mind God offering his opinion, but each of us will determine what our rules are. He gets to provide input, the final decision is ours. That includes the final decision about how everyone else should live, even if I play the game by different rules.