You are here: Home1 / Blog2 / Citizenship3 / Incitement or Civility? 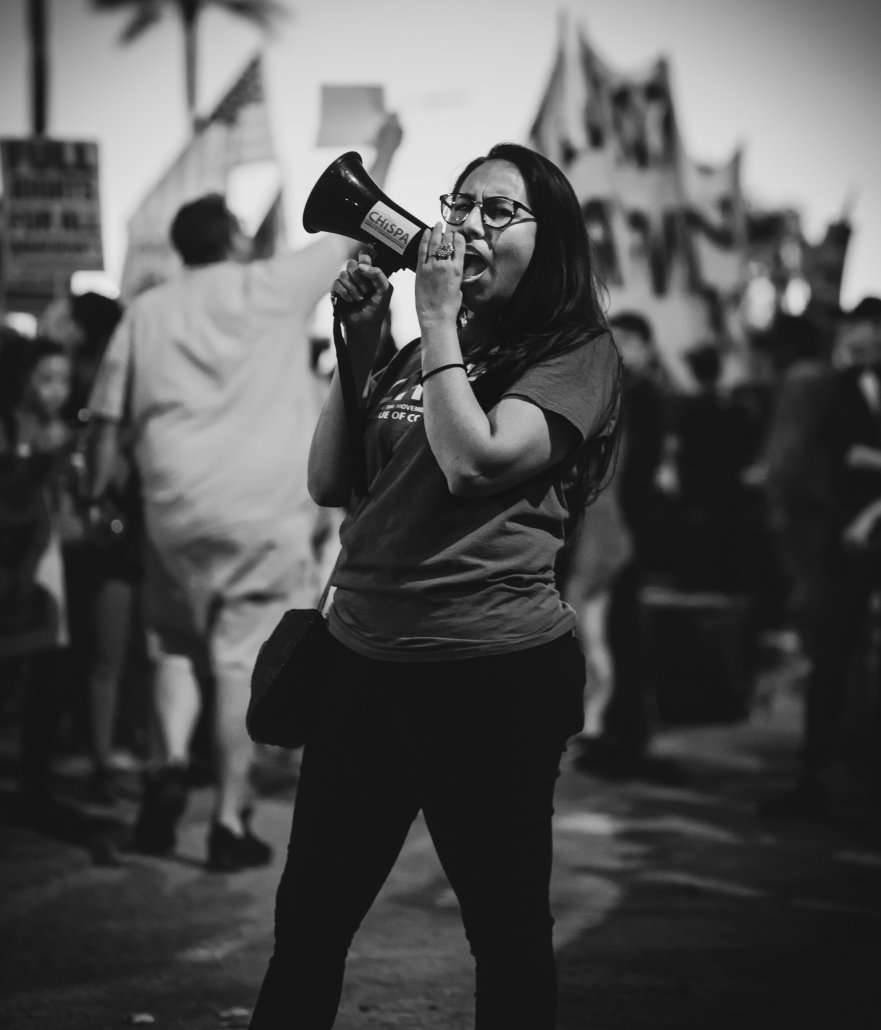 “the tongue is a small member, yet it boasts of great things. How great a forest is set ablaze by such a small fire! And the tongue is a fire, a world of unrighteousness. The tongue is set among our members, staining the whole body, setting on fire the entire course of life, and set on fire by hell.”

The world would be happier if men had the same capacity to be silent that they have to speak.

“I tell you, on the day of judgment people will give account for every careless word they speak . . . ”

COVID conditions confronted and tested one of my core values. From Scripture and painful experience, I have developed a deep-seated determination to keep an eye on the words I speak and the words I absorb. In this series of posts, I now want to examine the habit of words.

Justine Sacco traveled for her work. Her twitter account was a way to keep her life connected with her circle of friends. 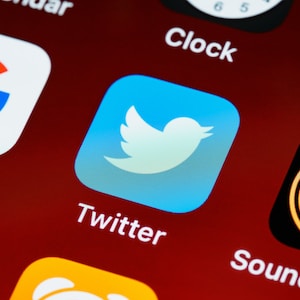 Photo by Brett Jordan on Unsplash

As she boarded a plane from London to South Africa, she tweeted one last time before she began a very long flight.

When she arrived at her destination more than ten hours later, she discovered that her life was in shambles. One private tweet, to her 170 followers, took on a life of its own. Without opportunity for clarification or defense, without any process to ensure justice, the mob had tried, condemned, and hung her out to dry. Her retweeted tweet was #1 in the world. She lost her job. People utterly unknown to her smeared her character. You can read a summary of her story here or find a more detailed consideration here.

Notice: 12 words. That is all. Retweets with only a simple hashtag. Just a few words, taken out of context, private words made public, were enough to nearly destroy her. Retweets that went viral.

And what about us?

A pandemic of words

people sheltering at home, or keeping social distancing guidelines, all we had to keep up was written or spoken words. Yes, I know some chose to turn off the news and act like life was normal, but most people did not. Most of us read and absorbed words, sentences, and paragraphs. And what we read was powerful within us. Think of it this way. What we hear and what we speak even in casual contact are viruses. The words that enter our ears or our eyes are viruses. They infect our souls. Once infected we turn to others and speak or tweet or post or retweet words that spread the virus.

The 2020 pandemic of words, in my opinion, will harm far more lives than COVID19.

But how can this be?

Since ancient time, education included training leaders in the use of words. That is for one simple reason: all leadership involves communication. Bad leaders communicate terribly, good leaders communicate well. Think of the effect of words. Sound evidence, argued well, had the power to indict or exonerate. Logical and impassioned writing or speech can change opinions and mobilize people to good or incite them to evil. 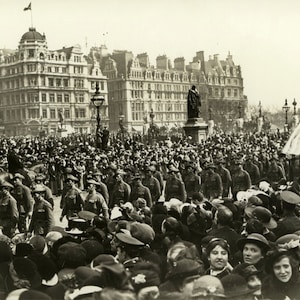 Photo by Museums Victoria on Unsplash

Perhaps you know about the story of the battle of Agincourt, to be fought on St Crispian’s Day? It is immortalized in a Shakespearean play, Henry V. Vastly outnumbered by the enemy armies, the King calls his soldiers to make the ultimate sacrifice. To do that he uses words, words that appeal to honor:

He that outlives this day, and comes safe home, Will stand a tip-toe when this day is nam’d, And rouse him at the name of Crispian. He that shall live this day, and see old age, Will yearly on the vigil feast his neighbours, And say “To-morrow is Saint Crispian.” Then will he strip his sleeve and show his scars, And say “These wounds I had on Crispin’s day.” 1

Hearing this, aren’t you motivated to fight and die?

God sees the power of words and says it more clearly:

Here is another angle.

“There is one whose rash words are like sword thrusts, but the tongue of the wise brings healing.” (Prov 12:18 ESV)

Sticks and stones may break bones, but words tear at the heart, crush motivation, or enflame anger. On the other hand, well considered words bring healing, reconciliation, and peace. They assure of forgiveness and soothe the broken heart. 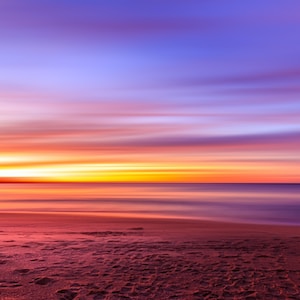 Photo by Igor Kasalovic on Unsplash

And how about this?

“Truthful lips endure forever, but a lying tongue is but for a moment.”(Prov 12:19 ESV)

When someone speaks with candor, it brings enlightenment. When a leader owns their responsibility for mistakes and wrongdoing their followers feel relief and he or she gains respect. Blaming, blame-shifting, obfuscation, gas-lighting and the life leave us in the shadows, confused and uncertain. When a national leader was caught red-handed in a crime, he offered this public statement:

I was led into a course of action which I would not normally pursue.

He really brought light to the situation, didn’t he?

Words that won a war 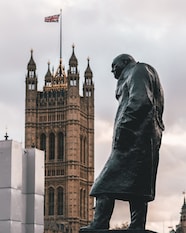 Photo by Arthur Osipyan on Unsplash

As the German armies made quick work of conquest, Britain was left alone in Europe, alone to fight the Nazis. Winston Churchill took the healm and spoke truthful words. There was no spin, no whitewashing, no deceit. And his clarity galvanized the people of England for the battle:

We have before us an ordeal of the most grievous kind. We have before us many, many long months of struggle and of suffering. You ask, what is our policy? I can say: It is to wage war, by sea, land and air, with all our might and with all the strength that God can give us; to wage war against a monstrous tyranny, never surpassed in the dark, lamentable catalogue of human crime. That is our policy. You ask, what is our aim? I can answer in one word: It is victory, victory at all costs, victory in spite of all terror, victory, however long and hard the road may be; for without victory, there is no survival.2

No wonder Britain stood firm under the assault.

Unity or Division and Suspicion

Churchill could have spoken words that brought confusion and discord. Dishonest words stir up strife. People greedy for money or power use words to manipulate, create suspicion of others, and build loyalty to themselves and their cause. The result is division, polarization, mutual finger-pointing. Whether this happens in marriage, friendship, a neighborhood, or a nation – it is all the same. It is the fruit of words intended to divide. 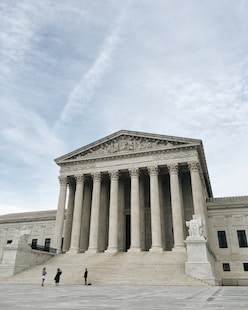 Photo by Anna Sullivan on Unsplash

Words change the course of justice. Courts are made for determining whether a person presumed innocent is guilty. Attorneys on both sides make their case by drawing out testimony from witnesses. Rules apply to prevent their tainting the jury with misinformation (again, from words). Only when the defense rests is the jury called to reach a verdict. That verdict comes as a result of weighing words spoken by witnesses and lawyers.

“The one who states his case first seems right, until the other comes and examines him.” (Prov 18:17 ESV)

What we listen to

You may hear all this and agree with my assessment of the weight of words, and you may even be thinking of words you have spoken. But what about words you have absorbed? You see, we choose what we will read and believe and absorb. What we read reveals our character too.

“An evildoer listens to wicked lips, and a liar gives ear to a mischievous tongue.” (Prov 17:4 ESV)

You are being manipulated

Let me be blunt. Pundits, media, bloggers and podcasters, politicians of all sides have used words this year to manipulate. My guess is that many of my readers will find themselves on a “side.” How did you get there?

You chose the words you would listen to. 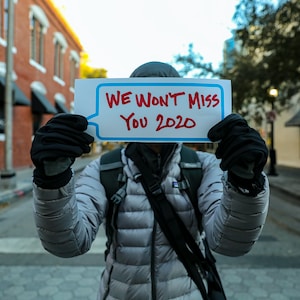 Photo by Mick Haupt on Unsplash

Taking the principles in hand, look back on the last 10 months. Consider the loudest voices. What do you see?

What words have you swallowed?

We eat words and digest them. They feed our souls with truth or half-truths, stir up anger or compassion, inflame our hatred for enemies or move us to respect those with whom we differ.

Have you chosen your news source and rejected anyone who differs? Do you, because of the words you ingest, have a large group of people you think of as “them.” 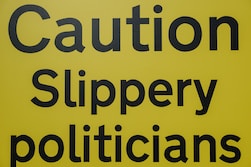 My conclusion is simple: Many (not all) leaders on all sides have failed us dismally, all for the sake of gaining and keeping power. We live in a pandemic of deceitful, partisan, polarizing, finger-pointing words. We have ingested them and passed them on. Right and left. Pro-Trump and anti-Trump. Local, state, and national media and leaders. Seems like these words would be a good description of the avalanche of words of our leaders and influencers:

To be blunt, I am stunned by the degree to which my tribe, evangelical Christians, have allowed themselves to be manipulated.

What words shall I speak?

This year intensified my commitment to words that are true, clear, wise, building up. Let me speak to myself and to God’s people. Here is the standard:

“Let no corrupting talk come out of your mouths, but only such as is good for building up, as fits the occasion, that it may give grace to those who hear.” (Eph 4:29 ESV)

Measuring words by their effect

Here are a few diagnostic questions for us:

Am I speaking words of life about the Word of Life?

God speaks. He has spoken in Scripture. He has spoken in creation. Commands, promises, warnings, and truth flow from his mouth. The human race, as a whole and in every person, despises what God says. Ever since the serpent asked, “Did God really say that?” we have adopted his question as our life’s motto. And we have adopted it for no reason at all. It’s not that God is a liar or deceitful. We just don’t like what he says. But God was not done speaking. He spoke most clearly when God the Son took on human flesh and blood. To observe the life and hear the words of Jesus was to see and hear from God. And what we heard was this. God does not take lightly our dismissiveness and contempt for his words. But neither does God move to sudden judgment. Not at all. God reveals that he is good, has compassion on us for our self-inflicted misery, and comes to rescue for the ruin we deserve. He says that by his deeds. But he also speaks. And his word is life.

Who am I? What owns me?
Scroll to top