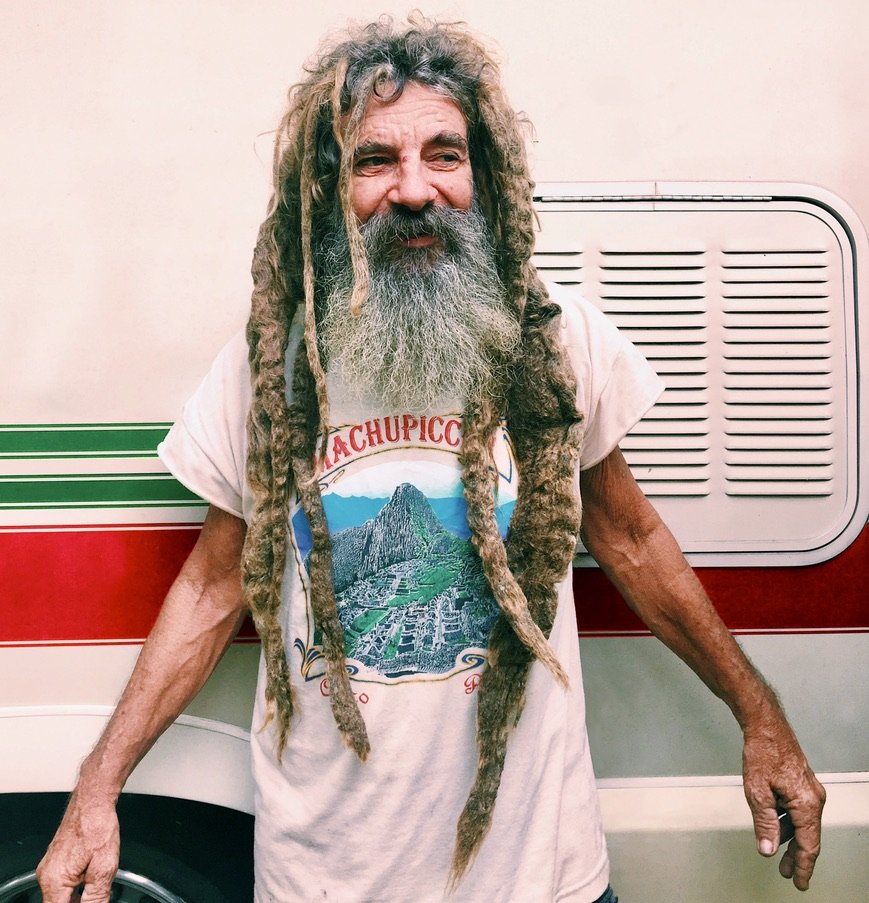 The universe was not pregnant with life, nor the biosphere with humanity. Our number came up like in a Monte Carlo game.

What is man that you are mindful of him, and the son of man that you care for him? Yet you have made him a little lower than the heavenly beings and crowned him with glory and honor. You have given him dominion over the works of your hand

There are no ordinary people. You have never talked to a mere mortal. Nations, cultures, arts, civilization—these are mortal, and their life is to ours as the life of a gnat. But it is immortals that we joke with, work with, marry, snub, and exploit—immortal horrors or everlasting splendors.… Next to the Blessed Sacrament itself, your neighbor is the holiest object presented to your senses.

All of us judge by appearances. The basic measurement is how much someone look or dresses like us. Too much difference can stir suspicion. Today it is called profiling. People say it dehumanizes others. Not that I disagree, but why does that matter?

Not too many weeks ago I held our 7th grandchild in my arms. A survey of her features revealed the well formed finger nails, eyebrows, earlobes, and toes. Her likeness to one and both of her parents was unmistakable. We flew cross country, on planes in which masks were required, risking infection just to meet her and to help. But why did she matter?

A few weeks ago, the video of the murder of George Floyd jolted pandemic comatose country to life. Responses ranged from protests to meaningless violence, bordering on anarchy. Corporations and individuals engaged in virtue signaling.

Why do you and I care? Why did the death of a black man at the hands of police call you to action?

What you believe and what you practice

What we believe about human worth is directly related to what we believe about our origins. Some biologists want us to be believe that even the most profound of human experiences are nothing more than chemical reactions. Religions that teach all of life is a cycle of reincarnation assert that all of life is valuable. A flea is a dog is a baby. Atheistic evolution says we are the product of random mutations and the survival of the fittest.  Do any of these ideas given you reason, solid reason, to to esteem another human as of great worth?

Most of us do not think about it. We “feel” our way through life. Deep within us is an intuition about the dignity of a human life. By dignity I mean worth, value, weight, or significance. Child abuse revolts us. Cruelty sickens us. But why?

If we are simply the latest fruit of the evolutionary tree, then there is no rational basis for our intuition or indignation.

As I held my newest grandchild I remembered that the laws of her home state said it would have been legal to snuff out her life 3 minutes before her birth was complete. How can that be true? Is she only valuable if wanted?

Scripture alone gives an answer that is sufficient. We are made in the image of God.

The ground of human dignity

The Bible alone asserts that God made men and women, male and female, in his image. Since God is invisible, that does not refer to our appearance. No it is far more profound than that. Being an image bearer means that God stamps each individual with a value beyond all the world.

That is a pretty strong assertion, isn’t it. I got it from Jesus. he once asked, What does it profit a man if he gains the whole world and loses his soul? Behind his question is an assumption: You are worth more than all the world.

God has weighted each person with eternal dignity. That value is theirs no matter what their age, culture, race, sex, morality, beliefs, social standing, or nationality. Period.

The Basis of Human Rights

This doctrine has shaped the legal and government systems of the modern world. Secular people, rejecting the Bible, borrow from the Bible to insist on inalienable human rights. NGO’s protect the. Legal systems are designed to protect the innocent from bullies and injustice. Legislators write laws that protect persons from harm. We reject cruelty, genocide, racism, sex-trafficking, sexism, and child abuse. Respect to others is a universal obligation even in the face of different beliefs or behaviors. A convicted felon is to be treated with the same dignity as the honorable citizen.

Long before the Magna Carta, God’s law hedged with the sanctity of human life. For those who do not know, 6 of the ten commandments concern how we treat other people. God protects life, sexuality and family, property, social order, and even reputations. Jesus made it clear: we cannot love God without loving the people around us. Justice, as defined in the Bible, is ensuring that each person is treated with the respect God’s image deserves – no matter what their standing in society.

Borrowing from the Bible

Are atheists and social justice warriors aware that they appeal to God’s definition of human dignity and justice?

God opposes oppression, abuse of power, male chauvinism, and racism. He opposes any act of valuing another person as having lesser worth – for whatever reason. His whole being hates the monetizing of persons. Our Creator sees us as equal in unspeakable worth. 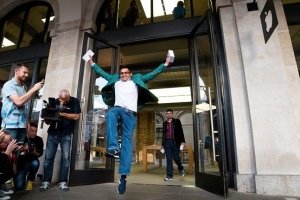 We know this even if we deny it

Everyday, each of us experiences the dignity of being made in God’s image, even if we are atheists.

Divorce is just a piece of paper, but it feels like the tearing of our souls.

Falling in love sure seems like more than chemistry in the brain.

A betrayal pollutes our hearts for years.

Though different, we share common judgments about right and wrong.

Living the dignity of others

Years ago I knew about a couple who had an unusual capacity for making others sense their worth. During the Depression of the 1930’s, it was not uncommon for the destitute to travel the country catching free rides on the box cars of trains.  If you lived near the tracks, you could expect a visit from one of these travelers, looking for a meal.

This couple lived near the train tracks in St Louis. Just after they moved in, they heard a knock at the door. There stood a man, unshaven and disheveled, asking for a meal. The wife agreed to feed him and, being alone at home, asked him to wait. As she prepared the sandwich, she wondered how she might show him respect. She knew it was not an easy thing to pride to be unemployed and to go begging. An idea flashed through her mind – she would serve him as though he was a guest in their home. Placing the sandwich on her best china, she set it on a tray, with a flower in small vase next to it, and laid her linen napkin next to the plate. Then she honored him as her guest.

Their actions were an expression of their belief that every person was an image bearer.

It may surprise you to read that subheading. Maybe you thought all that Christians talked about was human wickedness. “People are wonderful.” That assertion has sometimes been missed by my fellow Christians.

Christians have often made a serious mistake by equating the fact that man is lost and under God’s judgment with the idea that man is nothing — a zero. This is not what the Bible says. There is something great about man, and we have lost perhaps our greatest opportunity . . .  in our generation by not insisting that it is the Bible which explains why man is great.   (Francis A. Schaeffer, He Is There and He Is Not Silent, Ch. 1)

As a Christian I can marvel at the capabilities of image bearers. Art, technology, music, Olympic gymnasts and runners — all of them bear witness to the wonder of being made by God and for God in his image.

We love diversity. Diversity of persons, color, and culture is simply one more expression of the possibilities God put into us all. We are each different colors in the stained glass window, refracting something of the infinite glory of God.

With dignity comes responsibility. Human dignity means we are agents, not victims. Nothing so diminishes people’s worth than giving them an identity as pitiable victims, whether victims of DNA or family or oppression. God made us agents. We make real choices, for which we will be held to account. He gives us the compliment of treating us as adults. Even in judgment God will treat us with respect.

When Christians allow political loyalties to take over their minds, they invariably give up some aspect of human dignity.

Today, both Republicans and Democrats honor only the humans that they need to build their power base. Office seekers and office preservers dare not step out of line with how their major sources of money select one group to defend while ignoring others. This is true on the right and the left. Politicians live in part, by this mantra: People are instruments to acquire power.

A Christian mind refuses to allow human dignity to be co-opted into ideology or politics. Ideologues and politicians value some life. God values all human life.It is for this reason I recently concluded that a Christian Mind must be politically independent. To speak prophetically to both parties requires nothing less. For me this has meant aligning myself with a new political party that is built around the dignity of all people. I refuse to choose between supporting civil rights and opposing abortion.

A Christian Mind is more than an intellectual exercise. It “shows up” in how I treat the real flesh-and-blood people that intersect my life each week. If I have never met a mere mortal, then I recognize them in the words I choose, and the purpose I pursue when I am with them.

I am convinced that one of the major magnetic attractions of Jesus’ life was his respect for anyone who came to him. Though someone was the worst of people, they walked away from an encounter with Jesus thinking, “No one so righteous has ever treated me with such honor before.”

Social media is a lie and it has shown our hypocrisy. It is a lie in naming someone I never see face-to-face a “friend.” Respect is primarily seen in how I treat someone who is physically present. But it also flushes out our hypocrisy is seen as well: we say things in social media comments we would never say to someone’s face. Our true contempt for others is revealed. You see, there are no unsullied image bearers in the world. We are all of us corrupted. A Christian Mind is not naive about the evils of the human heart. That will be the subject for the next post.