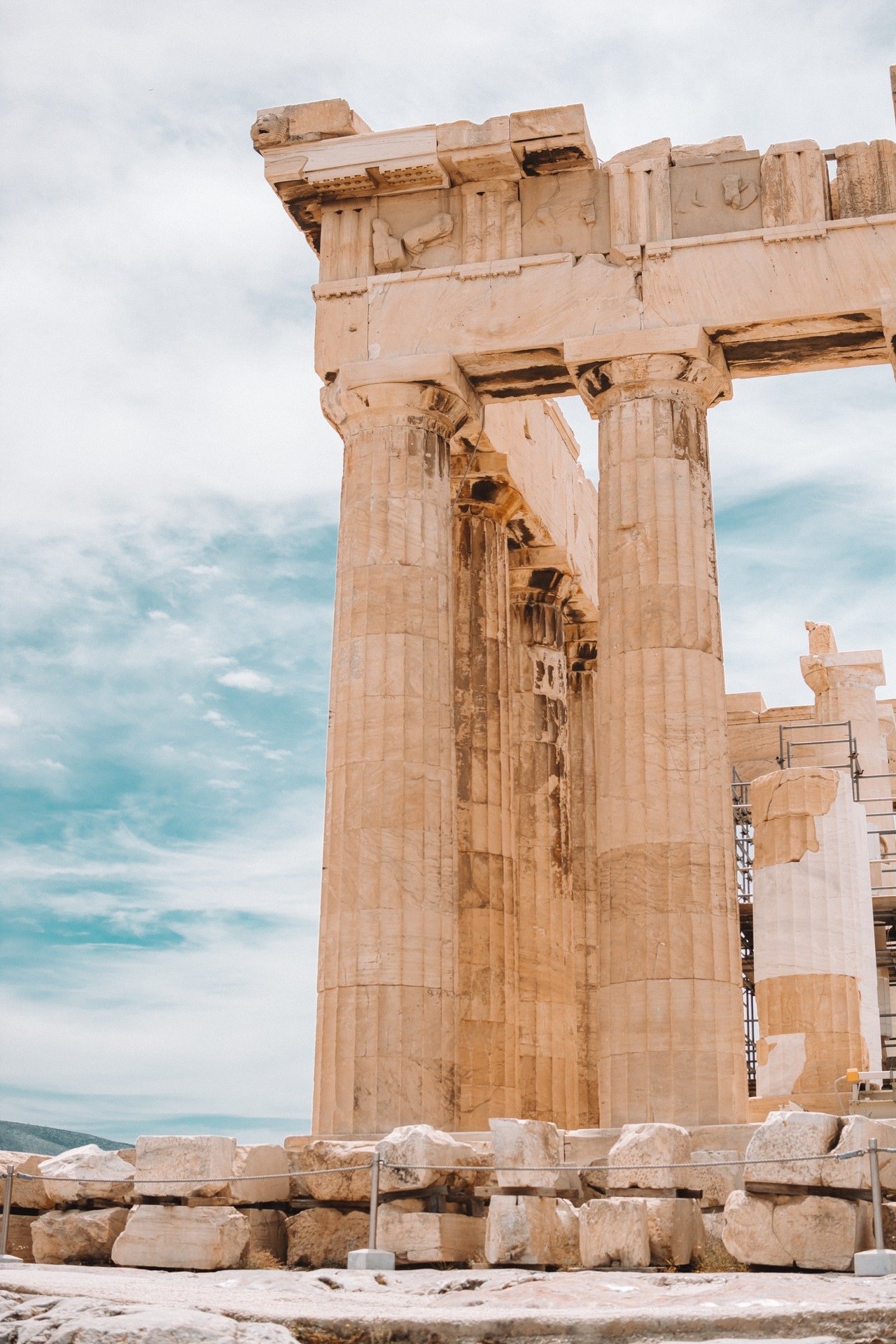 But Jesus on his part did not entrust himself to them, because he knew all people and needed no one to bear witness about man, for he himself knew what was in man.

If only there were evil people somewhere insidiously committing evil deeds, and it were necessary only to separate them from the rest of us and destroy them. But the line dividing good and evil cuts through the heart of every human being.

Sin has ruined the original image of God. Both the glory and the decay are seen at the same time. They exist in tension. This is a tragedy worthy of tears, but it is not pessimistic. If anything, the biblical doctrine of human dignity and human corruption is the one explanation that fits what we know of ourselves and others.

I recall a leader in a church, known for his generous support of families in need, with gifts of time and money. Hidden from view was abuse of his own children.

Or consider a protester to police violence burning down the business of others who have faced police violence. Here we have the pursuit of justice and the practice of injustice at the same time.

How can both be true of one person? God answers the question: he is an image bearer polluted by sin.

Image bearers do noble things. But that does not give us reason to think people are basically good. The evidence against such a naïve conclusion is overwhelming. What people are when alone or behind closed doors contradicts what they are in public. In our cynical age, we love to un-crown our heroes. However, debunking public and respected figures is really child’s play. It requires no skill. We are all of us hypocrites.

The Christian mind is not merely positive and optimistic. It is realistic with hope because its hope is grounded in something greater than optimism.

The Christian mind is not merely positive and optimistic. It is realistic.

A Christian mind, like Jesus, knows what is in people. To entrust ourselves to others without discernment is folly. Sin is universal, deep, and active. There is in all of us a root of defiance and a demand for independence from the Creator.

The fountain of all evil

Where does evil come from? Is evil in our systems? our structures? In a particular class or group of people? Jesus answers in these words:

“For from within, out of the heart of man, come evil thoughts, sexual immorality, theft, murder, adultery, coveting, wickedness, deceit, sensuality, envy, slander, pride, foolishness.  All these evil things come from within” (Mark 7:21–23 ESV)

But you already know this. You know, when you are alone with your own thoughts, that no one makes you do evil things.

Moderns like to say we have moved beyond Jesus list, at least some of them. I say, nonsense. Would you want to live in a community where any or all of them were rampant? I doubt it. Not one of these sins is helpful to me or others. Our social fabric is torn and tattered by any one of them.

Evil is in every part

Notice, what Jesus describes is more than outward actions. It includes deviations from God’s pure character in thoughts, words, and deeds.

Sin has now ruined every part of the original image of God.

Our thoughts and imaginations are captive to hatred and passion. Our desire to justify ourselves and blame others compels us to irrationality. What comes from our mouths is often ruthless or thoughtless, or insincere and manipulative.

At root, everything about our lives asserts our determination to do as we please and destroy every idea we dislike and every obstacle that stands in the way. One of the ways we see this today is the cancel culture.

We do not know ourselves

What is most tragic: we are self-deceived.

A counselor friend of mine summarized the kinds of problems people face. One of his assessments stuck with me: Most people would not recognize themselves if they met themselves on the street. On the statistical level this looks like 85% of people think they are above average. God says our hearts are filled with self-flattery.

As a professional mediator I help alienated people reconcile. Peace-making cannot take place until everyone sees their fault. Helping them do so takes about two-thirds of the work I do in preparing people for reconciliation. The greatest barrier to peace bar none is each person’s certainty that they have done very little to break the relationship.

Have you heard the truism no one ever starts a war. War is always a justified act to redress grievances against others. Listen to our political class. Listen to the rationalizations of violent looters. Listen to candidates running for office. Taking credit for what is good and blaming others for the bad is par for the course.

In short, we do not know ourselves. A great novelists puts it this way:

Why is it possible to learn more in ten minutes about the Crab Nebula in Taurus, which is 6,000 light-years away, than you presently know about yourself, even though you’ve been stuck with yourself all your life?

How it is possible for the man who designed Voyager 19, which arrived at Titania, a satellite of Uranus, three seconds off schedule and a hundred yards off course after a flight of six years, to be one of the most screwed-up creatures in California—or the Cosmos? Walker Percy, Lost in the Cosmos: The Last Self-Help Book

I/we are the problem, not structures

Humankind will do anything but admit that they, an individual, are the problem. Our inventiveness is remarkable.

God’s diagnosis of the human condition stands against all the fruitless diagnoses of history. Modern thinkers postulate that our real problem is our culture, our systems, our class, and our structures.  We engage in macro ethics: analyzing the evils of society. But societies are the collection of individuals. Since we are the problem, everything we touch will be polluted by our sin.

We corrupt all we touch

There are no structural solutions to human evil. Take any good example of a legal and constitutional system. Place within it men and women who are polluted by evil. I guarantee you that they will corrupt it for their own gain. They will collaborate with others, each scratching the other’s back. The result will be injustice, bribery, power-mongering, and manipulation. Does that mean we do nothing? Not at all. Sound judicial processes lessen the possibility of abuse. Social evils can be reduced but they cannot be fixed by building a better system. Utopian-ism is a lie.

That is what history tells us. When people have seized power to built the perfect egalitarian society, what happens?  Those same people invariably reveal their own corruption. The 20th century is marked by the pursuit of a utopian society of equality. To achieve this goal, the pursuers have put to death 100 million fellow-citizens. While they were at it, the exempted themselves from every rule that they applied to others. I call it income equality for thee but not for me. Whatever office we occupy we will pollute by our own sin.

Secular humankind will do anything but admit that they, an individual, are the problem.

It is all on us

God says we are responsible for evil. He will call individuals, alone, to account. Each will answer for idle words, secret motives, hidden deeds and words. Explanations and blaming will not be accepted. Our mask of seeming goodness will be stripped away by the all seeing eye of God. He will not judge structures and classes of people. Marx is dead wrong. God will judge the individuals for their deeds and words as members of whatever race or class they lived in.

There is more to it than that. A Christian Mind believes that evil is more than the sum of its human parts. Malevolent invisible powers are at work, hand in glove, to amplify and empower human perversity.

Yes, I know that sounds so medieval. Do you have any other explanation for the butchery of millions in human history, a slaughter done with pleasure and for sport? Whether the Nazis, or the Hutu-Tutsi conflict in East Africa, or the Pol Pot regime in SE Asia — murder was always a justified activity. White supremacy and abortion are cases in point.

There are sinister powers at work in the world. Racism was and is a supernatural evil. So was antisemitism. So is sex-trafficking. These dark forces take our native evil desires and push them to extremes.

Evangelicals and the false hope of politics

Let me speak to one relevant implication. If anything has characterized my fellow American evangelicals, it is the vain hope that political and judicial powers can stay the tidal wave of darkness. From Reagan to Trump, our great hope has been the reversal of Roe V Wade through judicial fiat. Legislators have been chosen to bring morality back. 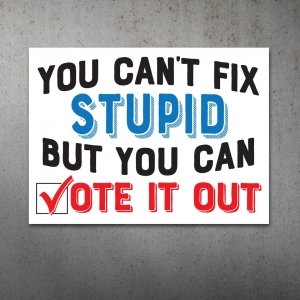 I have one problem with this: There is nothing to bring back. We never were a moral society, only a society that kept up appearances. The powers of sin and darkness have gripped the USA from the beginning.  Just study our history of slavery, Jim Crow laws, and the near genocide of native Americans. But let me be clear, the oppressed were once the oppressors. Historical presentism skews our vision. If we could go back far enough in the history of any people, we would find that they were once just as cruel and abusive of others. There is no one righteous.

We have engaged in a culture war with principalities and powers with children’s play guns. The powers of darkness quietly mock our false hope. Praying, doing good, and serving our neighbor would have been far more effective.

So, you may ask, what is our hope? How can persons be rescued and remade? If there are dark invisible forces working with us in our evil desires, what hope is there of their being stopped?

This question, more than any other, brings us to the core issue of human existence. There are only two options. Either humans in society will overcome sin by deploying all their powers against it, or they are impotent to do so. The world of corrupt people is agreed on one thing: God will not be their King. They can make it without his help.  And history says this is a vain hope.

God must intervene and do what he alone can do. That latter proposal is what distinguishes Christianity from every other religious and moral system.