You are here: Home1 / Blog2 / Culture3 / Escaping the Avalanche 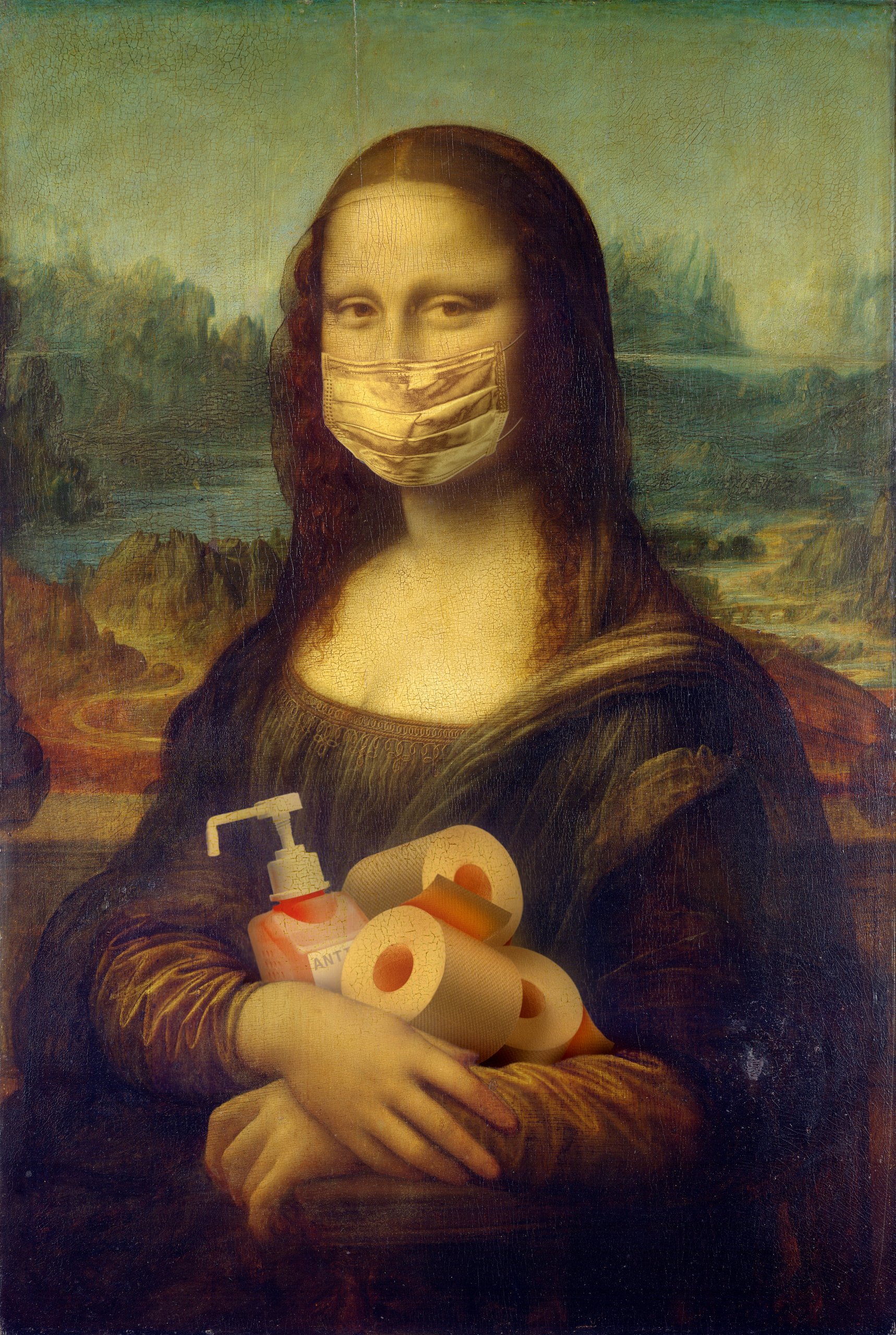 For more than a year, I have collected articles and posts. Their subjects are anything and everything to do with the pandemic. That includes the virus, face-masks, and social distancing, COVID therapies, and the vaccines.

Too much free time

A few months ago, I opened up the “tree” of all the bookmarks in my browser. My, oh my. There are hundreds of them. Clearly, I had extra time for such reading during stay – at – home guidance.  At its most intense, my investigations left me reeling. I was living under an avalanche of proofs, “gotchas”, “whatabouts”, and extremes.

Some claims and counter claims seemed reasonable. Others, like the supposed plot of Bill Gates to have microchips in the vaccines, were bizarre. To “ease” my sense of being overwhelmed, I looked to media guides and politicians or politically favored experts for help. That was a mistake. My confusion increased. I began to wonder: “Why does my conclusion about the virus seem to be about who I will vote for in 2020?”

Not enough time and skill

I had a large amount of information. The question was what was I to do with it? Were the 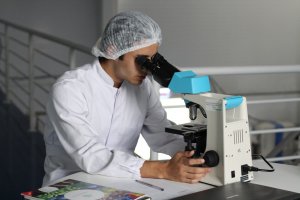 death counts understated or overstated? Was the virus no different than the flu or far worse? Were our constitutional rights being taken away? Did masks work or not? Did vaccines cause infertility or not? Did HCQ cure the infection or not?

Then there came to pass a significant event. One of the critics of the mainstream admitted he had been wrong.  Wrong about what? He maintained that the pandemic was being exaggerated, that if we look at the comparative data we would find that the pandemic of 2020 would fade in short order. When I looked at his graphs, saw how they matched the rising and falling lines of other global epidemics, his case seemed increasingly plausible.

As the second wave rose across the country, he did what no other amateur (at least that I am aware of) has done.  He declared, “I said it was over, I was wrong.” Then he stopped making statements.

He admitted he was wrong.

And he quit predicting. Such honesty and humility were jarring, to say the least. As I reflected on his humility, I reviewed the many articles in my bookmarks. It was then that I realized that most of the people I followed had been significantly wrong. Don’t doubt me.  Just look back on the way your favorite media source has been quick to stir things up and slow to cool things off by confessing their errors.

Then I noticed, at the counsel of someone I respect, that there were non-sensational sources, boring articles, not designed to gin things up.  Their authors were seeking to bring light to the situation. These people, not in the limelight, not for or against Trump, not fussing about their constitutional rights, were writing quietly and carefully about the wisest conclusions we could reach from available data.

Some were tainted by their politics, but most were not. I read some material by one of them. Quite to my surprise, three years ago he had described what a pandemic would look like, economically, politically, and medically. It was fairly accurate.

Maybe, I wondered, I should listen to them and turn off the noise of Twitter and FB and YouTube, and refuse any social media debates?

Maybe I should turn off FOX and Tucker as well as the NY Times? But the burden of sorting this out remained, squarely on my shoulders. I still had to read all these articles and posts. 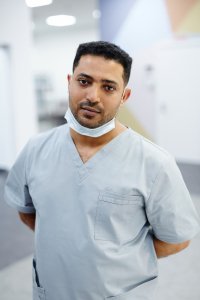 Then the next domino fell. Solomon said, “Be not wise in your own eyes.” That verse called me to the conclusion that I would be self-deluded to think myself competent to evaluate and reach conclusions about the virus and vaccines.

Such a project was impossible, sorting from the avalanche of cherry-picked posts and videos available every moment of every day. Even with less polarized sources, I was still in over my head.

Then I saw a path through the madness of the crowd. There were people out there who knew far more about these matters than I ever could. They had spent years studying a wide range of thinking. They were skilled at interpreting all the data and not just the parts that agreed with their viewpoint. Maybe, I thought, I should look to people like that for help?

Looking for Help from Another

This was a Bart Simpson “DUH” moment (or a series of moments). There are many things I do not know much about. When my retina detached a few years ago, I knew what it was (it was the third time it had done so) but I did not look up retinal surgery on YouTube and head to the kitchen to sterilize some knives. No, I went to a retinologist, who had 4 years of Medical school, 3 years of residency, and a 2-year fellowship in retinal surgery. Plus, he had performed about 15,000 such surgeries.

Three months later I was not blind. I could see, about 20-20. (By the way, good as he was at retinas, he was not an expert with heart surgery, cancer, virology, or epidemiology. I would not ask his opinion about such matters.)

“Of course, you should get skilled and expert help,” you say. That is what I said to myself too, except my words to myself were more like, “What kind of an arrogant fool are you to think you can sort this out?”

If it did not work, I would not try to work on my computer motherboard. Nor would I attempt to replace the compressor on my air conditioner. With my plumbing skills, I call for help even when the drain gets clogged. Oh, but pandemics, coronaviruses, vaccine technology and safety, first amendment law – those are completely in my wheelhouse. And where I have gaps I can either read The New York Times or listen to Fox News, depending on my politics. Then I can fill in what’s still needed with the feeds of my social media account. (These last sentences are dripping with sarcasm.)

Maybe, just maybe, it is conceivable that I need to face my ignorance and acknowledge that social media and google and YouTube were not sufficient sources for information for me to figure it out. Most certainly, anyone who was fighting to be elected or for someone to be elected was a highly suspect source.

If anything I am saying sounds like the nature of Christian salvation, it is entirely intended. There are only two ways to be delivered from my sin — either I do it by myself, or someone does it for me. Christianity it the news that God has done all that is required to save us from evil and from judgment. All that is needed to receive this gift is empty hands. Empty hands are unacceptable. It takes a work of God to pry everything out of them so I can receive the lavish grace of God.

The Christian life begins with empty hands. It continues with the same, in all of life. That includes facing my need for others. A few months back, I made a choice to look for the people who knew what I did not know, and who had skills I did not have. I made a choice to be empty handed.  If I found people I knew and trusted, with some credentialed competence in those areas, I would ask their help.

So what did I do? Over a period of time, I gathered up all the various arguments. There were many: deaths over-counted versus deaths under-counted, hospitals losing money versus hospitals profiting on COVID as cause of death, HCQ as the rejected solution because of greedy pharmaceutical companies versus HCQ as a rabbit trail, vaccines as dangerous and deadly versus vaccines as a minimal risk gift from God, the first amendment protects the church from any government control versus the first amendment as protection against prejudiced control of the church.

I started to consult with people who knew something about those fields. In some cases, I had conversations with people I also know and trust. I looked for guidance to those who have quietly been right more times than not. There were surprises: a chemist told me about the effectiveness of facemasks with nano-particles. A statistician told me about correlation versus causation and refuted the gross misuse of VAERS data. Doctors in the hospitals, treating COVID patients, trying to save lives, told me about the best therapeutics.

Trust grew with their honesty 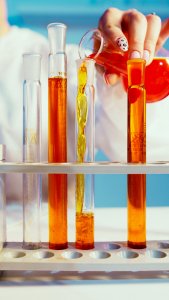 What I found without exception was not full agreement in every detail — but careful analysis, based on wide reading and knowledge. All were agreed, science is always growing and learning. They were universally amazed at the global progress in knowledge about COVID. And they were not surprised or offended that they did not agree about everything either.

The fruit I experienced was their imparting to me a more true understanding of such things as the relationship of mRNA and DNA, the interpretation of data on safety and value of vaccines, and the ways “cause of death” is determined. My grasp of the First Amendment grew. I learned that medical practitioners who are seeking to save lives of hospitalized COVID patients actually care enough for their work that they evaluate the whole body of data (not cherry-picked data) on things like HCQ and Remdesivir.

Trust diminished in the face of arrogance

Of course, I found that people sometimes thought they were knowledgeable about something just because they were smart or had read s few articles or well self-taught or had an MD after their name. (Remember, my fabulous retinal surgeon was smart, but I would not have asked his opinion about vaccines). But, as a general rule, the better someone’s training, the more likely they were to qualify their statements (“I have not had extensive training here, I may be wrong.”) That made me trust them. I also found some experts were far more political and strident than the facts supported. My ears closed to partisan advocates. I did not trust them.

Through seeking out people who knew what they were talking about in the particular field, who were not advocates and partisans, and who showed respect for those with whom they differed – I reached conclusions and have lived by them. So I have been delivered from the screeching, contempt-generating, fear-mongering, politicized world of social media.

Humility is the readiness to admit I do not know that much about something, and to ask the help of a credentialed someone I know who does. That is how salvation comes in Christ. That is how I grow as a Christian.

I admit that I do not have the skills or knowledge to sort through the claims and counter claims of “experts.” Yes, I know, there have been many differences in public policy, mandates, school closures and the like. Here again, I have less and less followed the noise of brief posts and cited articles, and more and more turned to thoughtful longer discussions that looked at all sides.

Stop the hunt and find peace

My recommendation is to get off the twitter feeds, stop following your news sources, write down your list of questions and areas of confusion, and sit with your MD (or a trusted friend who is well trained) and to discuss your questions. Discuss — remember what that means — a face to face conversation, with eye contact, tone of voice, nuance. It has been of immense help to me.

You may not reach the same conclusions I did. But you will be freed from the burden of trying to figure it all out on your own. Be humble. Accept your limits. Talk with people in the know. Then go about serving and loving the people right around you.

The Real Jesus: The Controlling Narrative
Scroll to top