You are here: Home1 / Blog2 / God3 / COVID a theological interpretation 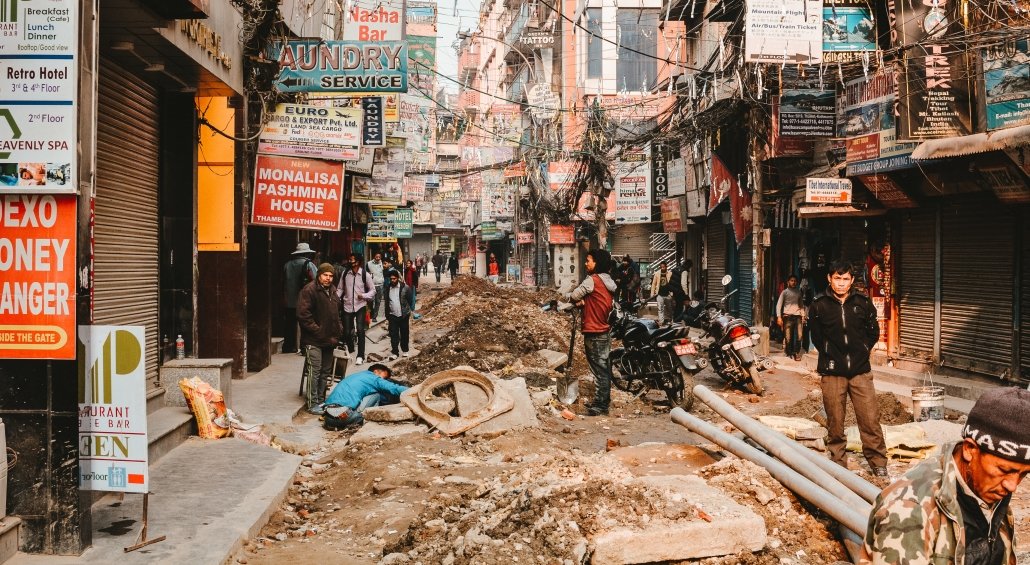 “For thus says the LORD of hosts: Yet once more, in a little while, I will shake the heavens and the earth and the sea and the dry land.”

“Little children, keep yourselves from idols.”

In keeping with a Christian Mind, I am working on a theological interpretation of COVID. Such an interpretation contrasts with political, medical, scientific, and economic ones.

I have noted that COVID has revealed the hidden and errant operating system of a portion of the evangelical church, here and here. We are far more about politics than the kingdom of God. No, we have blurred the hard line between them. It sounds like some Christians think democracy, freedom, and prosperity are the kingdom of God. The confusion creates a false Gospel at worst, confusion at best.

I then looked at how God, in the face of turmoil, calls his people to be fruitful.

This post will ask: how does this crisis point us to the God (or gods) we worship?

What does God have to do with it?

Maybe you have a visceral reaction to that question. You assert that God, at most, is privately meaningful. You are okay with him offering comfort and support. But you resist him having any place in the public sphere.

That is an expression of the great conspiracy of the human race — to overthrow the rule of God. Humanity in revolt believes that they can be as god. All that we are and all that we can develop is sufficient to create the kingdom of God, without the God of the kingdom.

Scripture looks deep into the heart and subconscious and finds worshipers everywhere. Everyone, even the most secular, is profoundly religious. We share a common creed. That creed creates different gods to worship. These compete with each other. The riots, the manipulation, the politicizing, the conflicted experts are nothing more than the warring of our false gods.

As one writer said (sounding like he read today’s headlines):


It is but the sound of man worshiping his maker.

God works through crises to awaken us.

In normal times, we walk about in a stupor, deceived into thinking we have life well in hand. Our gods work below the surface, silently. But events such as the ones we are living in cause the gods to erupt. Events like these rumble and shake us like an earthquake.

The first time I saw an active geological map of the San Francisco Bay Area I nearly freaked out. Far beneath our newly purchased house were fault lines. Those lines would activate when sufficient tectonic pressure was applied to them. Each day there were dozens of little tremors. I wondered when my own house would slide into the creek in front of it?

People also spoke of the “Big One”. What was the “Big One”? It was the earthquake that would shift most or all of the major fault lines which surround the Bay Area. And what would happen? There is an exhibit at a museum in San Francisco which illustrates the effects of various degrees of severity of earthquakes. The Richter scale is a logarithmic scale. Each degree is 10 times more powerful than the previous. No one, and I mean no one, wants to experience an 8 on the Richter scale. An 8 destroys all buildings. The Big One would be 9 or above. You cannot design buildings to withstand it.

In my 19 years in California, and 9 years in Oregon, I lived through many “little ones.” Mount St Helens produced a few before it finally blew. On another occasion, my memory is still fresh with the jolt of waking in the night to a house creaking from movement of the deep tectonic plates. The ceiling fan swayed. Then all was still again.

I have a friend who was in the Bay Area on business in 1989 when the Loma Prieta quake struck. As the ground began to move, he jumped from his seat in the lobby of the hotel to run for the exits. But he fell flat on his face. There was no way to get a sure footing while the p-waves were active.

How strange it was, he commented, when the one thing we all assume is stable was no longer reliable – the ground on which we stand.

That is exactly the metaphor God uses for his acts of judgment. He shakes loose all that is not tied down. What we think is fixed and certain is not.

We are in the midst of a cultural-political-global Earthquake. These last few months have felt like p-wave after p-wave of an 9.0 Richter tremblor. I have detailed those elsewhere.

What we once assumed to be normal is long gone. Things we considered firm and secure have become liquid and changing. No wonder people can’t wait for the year to be over. 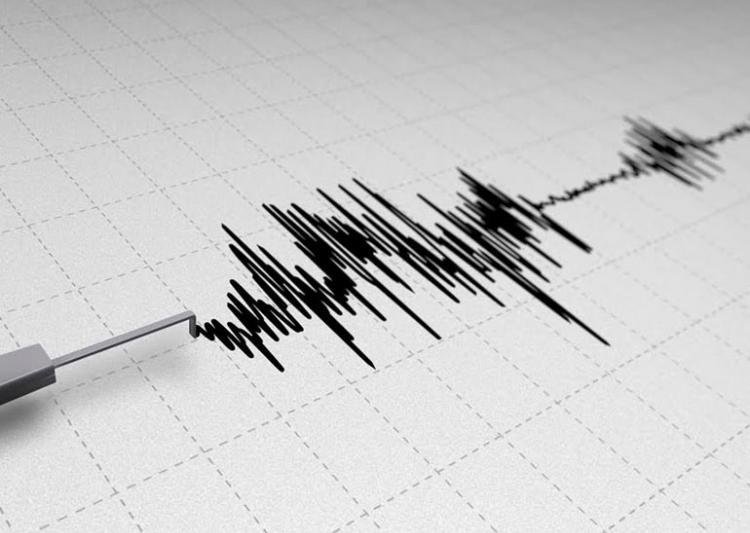 When everything is uncertain, people turn to their “gods”

What happens when God shakes loose all that we believed was unmovable?

Ancient people were overtly religious. In the face of famines, plagues, and enemy armies, they sacrificed to the gods who were presumed to be powerful enough to protect and give stability. What followed was a war between the gods. Much of the time they failed to live up to their promises.

Modern and secular people in the West are equally religious. We too have “gods” to whom we bring our obeisance in the hope that they are powerful enough to protect us. What are those gods? The medical experts, the epidemiological modelers, the vaccine and therapy researchers, the powers of government or the powers of personal freedom, conservatism or progressivism.

As “gods” they will also fail us.

The gods will fail us

All false gods disappoint when they face real challenges. Scripture calls the false gods of the ancient world idols. The word means “nothing”. They have eyes but do not see, ears but do not hear. They are ultimately powerless. They cannot speak the final word of truth.

The god of expertise will disappoint. The experts will disappoint because while they may know more than everyone else, they are often wrong.  Why are they wrong? If we were to say that there are 100,000 things to know about this virus, how many of them are known by the best experts? I may grant you 10,000. That is not much.  To make matters worse, the experts disagree.

In our day, we have made up a new god: the god of being a self-made expert. We can do our own research, find a few people who disagree with the experts. Just because we have read a few articles on a subject does not mean we know much of anything. If experts know 1/10th of all there is to know, using google to know 1/1000th is not the answer.

The god of power will fail us. Governments have extended their rule into the economic and social lives of millions. They think they can control the virus. Five months into this crisis, it is clear that government power has not solved the problem. A virus is not a thing that can be controlled and put back in the box. In pride, they over promise and under perform.

More than that, leaders are not all-wise. Their anti-virus policies create dozens of unintended bad consequences. Some project that more will die of the anti-virus measures than from the virus itself. And they are experts too!

The god of social justice and coercive power will fail us. Angry protests will fail.  They will fail because they have no power against the real cause. Secular diagnosis of the depths of the cause of such evils is superficial. The line between good and evil is not drawn between the races or the castes, but through every heart. Utopian hopes are a lie.

There is a story in the Bible. It tells of the competition between the false gods and the true God. Prayers were offered to both. The god who answered with fire was the true One. The prophets of the false god prayed all morning, to no avail. The prophet of the true God suggested that maybe their god was taking a nap, or in the bathroom, and could not be inconvenienced. In the face of the emptiness of their god, they doubled down:

“And they cried aloud and cut themselves after their custom with swords and lances, until the blood gushed out upon them.

And as midday passed, they raved on until the time of the offering of the oblation . . . “

The result: “there was no voice. No one answered; no one paid attention” (1 Kings 18:29). False gods fail. So, once people see their gods are impotent, do they change? No, the worshipers of the false god refused to change! Remember, any god is better than the true God.

That is what we will see as the months drag on — fervent worship of the same false gods, even when they have been proven wrong.

So all we need to do is pray?

So, what are we to do? Just pray? Not at all. But neither is not praying.  Praying is an expression of “I don’t have the solution, but I know the One who does.” Have our churches been mobilized to pray? Shouldn’t we who know the true God, by his grace, be the ones to pray?

But we do not merely pray. Scripture is clear that God mostly rules and works invisibly. He uses means. He uses those who bear his image to bring prosperity and healing. Medical discoveries, economic efficiencies, wise laws, and court systems make a difference. They, however, do not make an ultimate difference.

We pray for God to work through the means he uses to rule AND we support those who lead. We know God is working even when media is corrupt, experts are politicized, and winning elections seems more important than the common good.

We do not resist. When Christians show contempt for the ordinary means of God’s rule and blessing in the world, they are dishonoring the God who gave them. God has not called me to evaluate every government policy and to obey only the ones I agree with. In this country I can write to the people in authority and register my disagreement. But I obey.

A Christian Mind worships the true God and refuses to worship the means of God’s work. We refuse to place our hope in experts, governors, Presidents, congresspersons, and judges.

We pray because we know that the true God alone knows, is powerful, and has overcome death and disease through the death and resurrection of Jesus. Because of such confidence in God we are the best of citizens, the most respectful of authorities, the most involved in caring for people around us in our local communities.

What or Who are you trusting?

The loud narratives and news can drown out the quiet voice of God’s Word and Spirit. They co-opt the real issues in this crisis.

The real issues are theological, not political.

This moment is pregnant with opportunity. It is an opportunity to address the understandable fears and anger of ourselves and the people around us. The ground on which we stand is shaking. People are grabbing their gods for solutions. Their gods will fail them.

Christians must ask: Who am I trusting? Who is my God?

With compassion and faithfulness, we can help each other assess the reason for fear. And we can help find the One who alone is always sufficient, never disappoints in the end, and is equal to every challenge he sends to us.

God is our refuge and strength, a very present help in trouble.

Therefore we will not fear though the earth gives way,

Racism and the Great Migration. A Book Review
Scroll to top