You are here: Home1 / Blog2 / Authority3 / Collective wisdom and morals 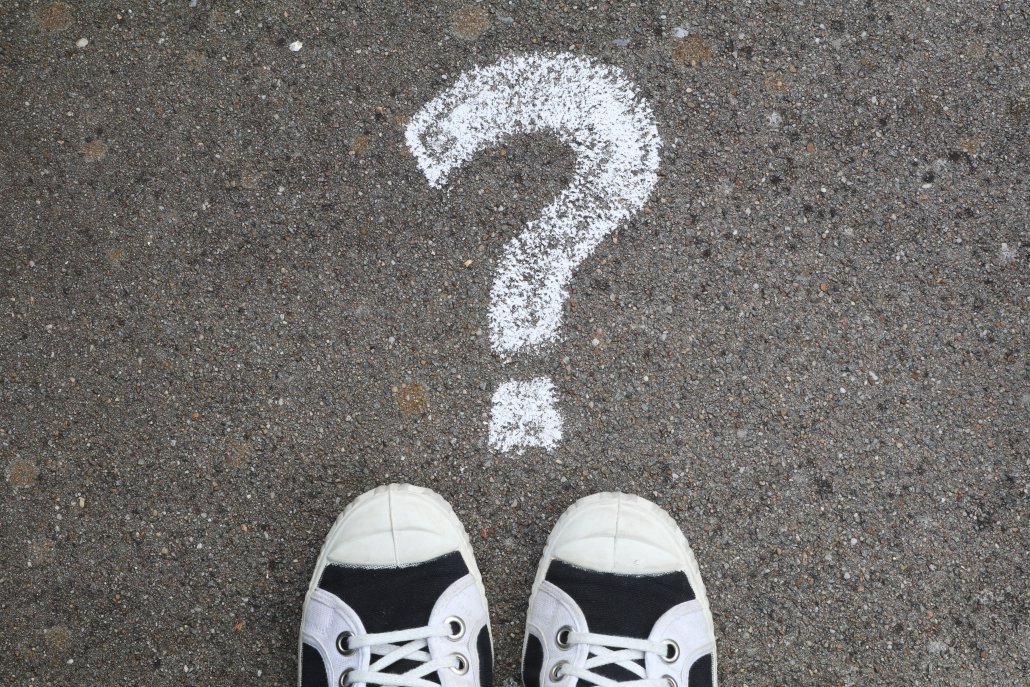 Nature is nothing but matter in motion. The motions of matter are governed. Not by any purpose, but by blind forces. . . . then the life of man is purposeless and meaningless too. Everything is futile . . . If your moral rules do not proceed from something outside of us in the nature of the universe – whether we say it is God or simply the universe itself – then they must be our own inventions. Thus, it came to be believed that moral rules must be merely an expression of our own likes and dislikes.

Those who devote themselves to the purpose of proving that there is no purpose constitute an interesting subject for study.

Previously in this series I asserted that everyone is a moral absolutist. Moreover, despite protesting against judgy people, we judge. That judgment is based on our moral grid.  To make matters worse, everyone thinks that their moral code is superior; it makes them the best or better than everyone else.  And, while censuring others, most people apply it to ourselves with leniency.

This is the human condition.

Do you doubt me? OK, here is the test. Eavesdrop on a conversation of some length. You are likely to hear some negative evaluation of someone not present. Now eavesdrop on your own conversations, not just the ones spoken, but the ones in your head. Isn’t it amazing how quickly you excuse your misdemeanors? And damn others for the same?

Now, zoom out to consider the cultural phenomena of the opinion page, or twitter comments. Whether on the left or the right or the middle, they trade on moralizing and judgment.

I started this series by talking about the universal presence of rules. We love rules. We believe in moralizing. Virtue signaling and judgment make us feel so . . .  superior.

If this is the case, then that person who says, “everyone gets to determine their own truth” is a fraud.

You may ask, and you should, if we are all moralizers and law-makers, where do we come up with our laws? How can there be any agreement?

There are many theories, but I think they boil down to two options: either morals and absolutes are given or they are created. Either they are fixed and unchanging or they are always in flux depending on the society in which they are found. If we create them, that does not mean they cannot be borrowed from religions. 1 But even borrowed morals must be approved by us. The point is: we have the last word. 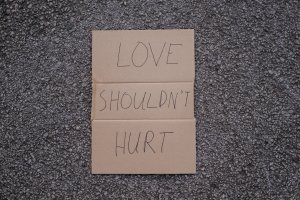 If morals are produced by us, how does that happen?

Modern secular culture assumes that morals are a necessary human creation. If people are going to get along with each other, they must have laws (a social contract). Our American Constitution is based on social contract theory.

There are questions to be answered: Is murder wrong? at all times? what about selfishness? or loyalty? or keeping one’s promises? or cruelty to animals? The citizens of a community look at all these questions and conclude that certain behaviors are bad and others good. Murder is a final act, ending a human life. It causes great heartache. Lying destroys trust. Cruelty to animals is evil because animals feel pain. And so forth.

In other words we establish moral principles using definitions of good and evil to reach conclusions and create collective ethics – also called custom. Gather enough cases of good and bad behavior, observe the consequences, and make a rule about what should govern everyone. That’s how it works.

We do this because no one thinks it would be a great idea to live in a society where everyone could do whatever they damn well please. People do bad things. People get hurt. We need rules.

Again, we filter our experiences through some core values of good and evil to discover what is right and wrong. The gathering of that experience is called wisdom. The grand assumption in this theory is that once “wisdom” leads to a conclusion, we accept it. But notice, first of all, we must assume definitions of good and evil. Where do those come from?

It may seem obvious that murder and oppression are bad. But, I would argue, it is equally valid to assert they are necessary. After all, given a secular worldview, it could just as easily be argued that murder is simply the working out of the survival of the fittest.

There is another problem with this collective agreement view. It is the presence of apparent exceptions to the rule. Taking a life of another is bad, but what if it relieves the person of suffering, sort of like shooting a lame horse. Is it then justified? To determine that you have decide if a person and a horse are the same. How do you do that?

Then there are the times when doing bad turns out to work.  By “work” I mean no one is struck by lightening, people are happy, and it leads to a pretty good result, at least in the short term. There seems to be an exception to the rule. In other words, the rules we create based on our experience are based on limited information. There might be data added later that upsets the whole system. Is that okay?

There is another challenge to this theory (again, it is the theory that was the basis for most modern democracies). Contrary to previous eras of history, people of 2022 have little knowledge of and respect for the vast unanimity of cultures on many moral principles. It is more likely that people who live in 2022 think that those who have gone before us are clueless at best and evil at worst. 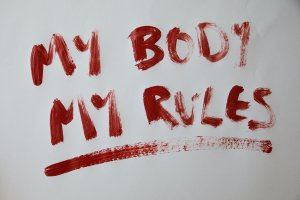 There are two ways this shows up: First, many of our day believe that had we lived in the time of our forefathers, we would have been better than they. Only one problem: there is no evidence for this.

Second, we tend to think that our advanced age is so unique that all the rules must be re-evaluated.  Our forbears had no idea what life would be like in our day so we do not have to honor any universal customs. We can set aside thousands of years of remarkably unanimous moral codes. As Douglas Murray says, we believe we are entitled to develop a moral code and assert absolutes that no one has believed until the last 3 minutes of recorded history.2

Here is where this leaves us: Custom is valuable but it is not enough. As long as morals are a merely human project, and as long as they are grounded in limited information, we face this kind of thinking. Who is to say it the advent of modern medical technology (the abortion pill) doesn’t change the nature of sexual mores? What if science could bring murdered people back to life — would murder be ok?

The best of all possible studies?

Here is a solution: let’s say that we take advantage of modern access to information and artificial intelligence. Let’s tackle a moral question by studying a very accurate sampling of humans, determine how we will assess them, and study the effects of their behaviors over a long period of time.  That gives us accuracy, careful analysis, and takes out the short term bumps and troughs. That may lead to clear conclusions to be accepted by everyone.

Will this make things more fixed?

I know of such a study that was done on one issue. Should we labor to keep our marriage promises or are they a matter of keeping us from true happiness? Are children better off if their unhappy parents divorce or remain in a bad marriage? Of course, everyone “knows” the answer to that question by cultural conditioning. And we are wrong.

A long term study was done on the effects of divorce. The conclusion was that divorce has broadly negative effects on children even when that divorce takes place after they are adults, even children raised in affluence.

Let’s move to issues of public policy. There is a growing problem with poverty in the USA. What can be done to address this? Have there been studies that give us a path to change?

Such a study exists. 3 Listen to one author’s description:

Success Sequence, a series of life decisions that involves first graduating from high school, then securing full-time work, then getting married, and then having children. Among millennials, evidence shows that following this series of decisions creates a 97 percent chance of avoiding poverty. (Rowe, Ian V.. Agency (p. 8). Templeton Press. Kindle Edition.)

97%! Doesn’t this call for reconsideration of our policies? (What is described is nothing more or less than common sense.)

I could go on.  Examples of good research abound. But they rarely effect public policy or social mores. How can that be? 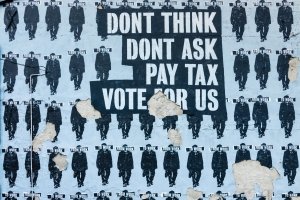 Yes, I know there are other studies that show other conclusions. But these rarely lead to bi-partisan debate. Even if they are debated, we never have enough information, and the conclusions can always be questioned.

But I think there are other reasons too.

What a mess! We will never agree. The only solution seems to be the use of coercive power to force an arbitrary code of ethics on people.

Morals grounded in collective human experience have many flaws.

To summarize, for all its vaunted viability, humanly created ethics are little more than baseless assertions of what is good or evil used to evaluate human behaviors, with limited knowledge or no knowledge. In philosophical terms, it has no legitimate epistemology (basis of knowing). It is the best we can do if there is no fixed and eternal moral code.6

What do I mean by baseless? Try this in a conversation about right and wrong: keep asking, how do you know? At some point the answer will be, I don’t know.

We believe in laws and think that morals are to be desired. But if they are built on the sand of ignorance and prejudice, they become what we prefer (see quote at top). We love morality. The more high-minded the better. Calls for utopia appeal to us. But remember, we do not keep our own rules. There are many ways to avoid this ugly truth. People today believe in macro-ethics (building a just society) and not in micro-ethics (being a virtuous person) That is why for every million social justice warriors, there may be one warrior for personal integrity or generosity

Where do we go from here?

I think most of us would at least profess to believe that if we had perfect data covering all possible situations because of impeccable research conducted by people of blameless character – that could be worthy of consideration.

What if there are moral principles grounded in perfect knowledge, pure good will, and incomparable wisdom? What if I do not have to do the research to find immutable guidelines that are designed solely for my good?

Such morals exist. That is the Christian position. We will explore that next.

Worthy of Trust
Scroll to top