You are here: Home1 / Blog2 / Culture3 / Absolutes are everywhere “So you have no reason, whoever you are, for judging: for in judging another you are judging yourself, for you do the same things.”

New Testament Letter to the Romans 2:1

I tried to escape.

For 8 weeks I immersed myself in the lives of my children and grandchildren.

I mostly ignored my news feed.

Despite my best efforts, I could not discover a getaway from our moralizing, damning culture. It confronted me even as I walked with my grand-kids.

There were the yard signs, the ones we have all seen, like the one about women being women, truth being truth, water being water. They hector us. They moralize.

Right there, on a street lined with homes selling for the high six figures, someone took a stand. Their sign announced, “Whoever you are, you are welcome here.” That message cuts both ways: if you agree you are virtuous, if not, you are a scoundrel. 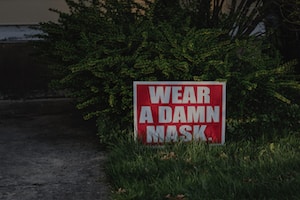 Photo by Dalton Smith on Unsplash

However, given the affluent context, it also points an accusing finger at the homeowner. What virtue is there in saying other wealthy people are welcome to  the neighborhood?

That “welcome to the wealthy neighborhood” message was not subtle. Across the street was another sign. Its message was, in short: “Stop the planned rezoning to allow duplex housing.”

What was this about? Apparently, there was a move by the local city council to mandate affordable housing by allowing for higher density development. This sign called for all to reject this change. Here again the message was clear: all are welcome if they can afford it. No riffraff here! No half million-dollar duplexes allowed. Who knows who might move in?

Remember how I started?

And the most important one:

Back to the Grand Canyon Before my attempt to escape, I was telling about the oaf who saw no beauty in the Grand canyon.

I chose this example for a couple reasons:

First, it is not a moral example. I assumed you would be less defensive. After all, decent people do not appreciate such vulgar comments. Few people I know would defend rude behavior from a guest. Or justify bad service at a restaurant. Or think that people who like certain kinds of music have any taste at all. There are some generally agreed upon standards.

Everyone works with some moral or values compass. We all have some yardstick by which we measure the words and actions of others. You may be the most anti-judgmental human on the plant, with a motto of “let everybody do what they please,” but you hold to some absolutes.

Second, I could have picked any number of instances of someone crossing a line. No matter what I picked, we would have found a group condemnation.  A significant part of our personal absolutes is that they are not merely personal. They are sociologically supported. We look for those who agree with us. As much as we posture ourselves as independent thinkers, we are really conforming to the tribe of our choice.

Your friends are those who agree with you. No one is so self-defining in ethics that they do not care what others think. And we often self-censor so we do not offend our chosen tribe. 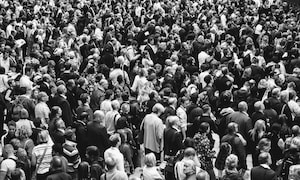 Photo by Rob Curran on Unsplash

Third, standards and judgment are everywhere. They feel so right. Condemnation feels so virtuous. Try to engage in conversations for a week without any ruling about the behavior of others. You will fail.  Our habit is to question their upbringing, roll our eyes, point out their bad behavior, usually to others.

“Can you believe they did that?”

So why am I analyzing this?

For one simple reason: we are all moralizers, evaluators, and condemners. All of us. Even people who are fiercely against all forms of moral judgment. Even people who think people should be able to do what they want. And all of us find the people who agree with us. We join forces with them against the “others.”

So, I want to cut off the people who posture some form of liberating ethics, who damn religious people for upholding absolutes. I want to cut them off by noting they are no different.

The person who champions buying locally always makes exception for convenience or for price. 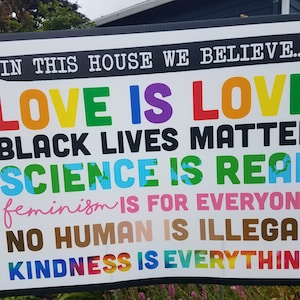 Photo by Breanna Louise on Unsplash

The advocate to end fossil fuels insists on driving a car and flying in a plane.

The person who wants to support the family opposes living wage laws.

The supporter of freedom of speech calls for laws to suppress speech they do not agree with.

Those are all at the level of macro-ethics – rules for the society. We are equally inconsistent in our private lives.

The Emperor of modern moral relativism has no clothes. He is a fraud and huckster. He is just as absolutist as the absolutists he despises.

Questions for all of us

Everyone believes in absolutes, defines their virtuousness by their profession of their ideals, judges those who do not conform to them, but exempts themselves from the same judgment.

Everyone of us holds to a moral code based on some sort of unproven and un-proveable assumption. In other words, we are all religious (at least as commonly understood). The question is not whether there is value to religion, it is a question of which religious system is the most coherent.

So, as I said in the beginning, I want to ask a few questions order: 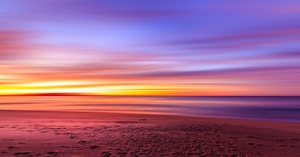 Photo by Igor Kasalovic on Unsplash

Now that we are on equal footing, I am going to look at all this as a Christian. I am going to show you why the system of morals in the Scriptures is not just right, but beautiful and desirable.

From what I observe, almost everyone I know would like all the people in their network of relationships to live by most of the morals of the ten commandments. And should they ever appear in court arraigned for a crime, everyone wants a trial based on the rules for justice also found in Scripture.

Thinking God’s thoughts after him is a very coherent way of arguing for many of the moral causes of our day (and against some too).